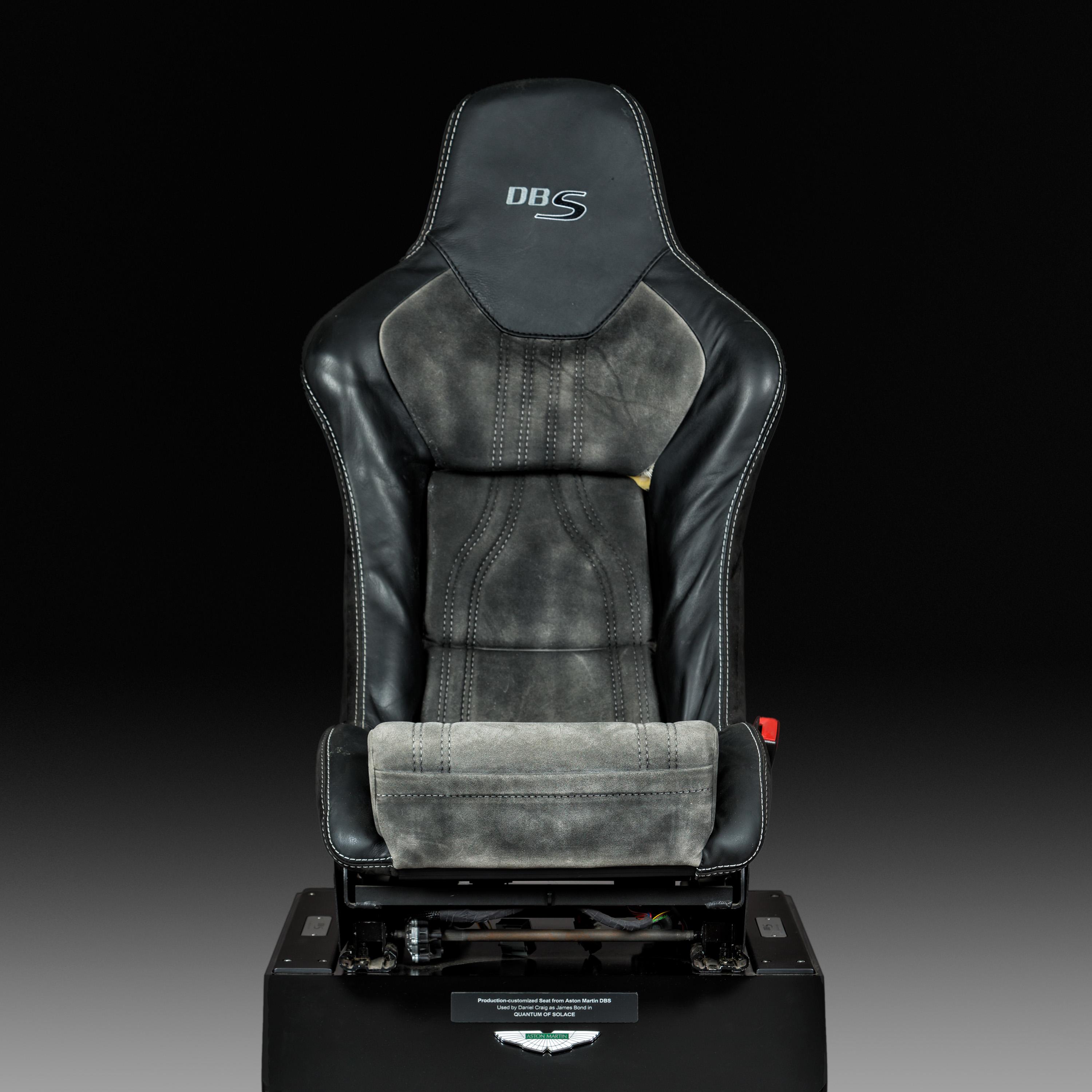 An official screen-used seat for an Aston Martin DBS, modified by the production crew to accommodate an over-the-shoulder camera-rig. The seat, an official Aston Martin design, is crafted from leather and suede, refined with cream stitching and embellished with an embroidered DBS logo on the headrest. The runners and chassis are constructed from stainless steel and the seat frame from lightweight carbon-fibre.

The carbon fibre back and headrest have been deliberately sliced at a 45 degree angle at the rear to allow the chair to be folded over. This was done so the cameraman could film from the back seat with a clear view of Daniel Craig driving in the stunning pre-title sequence. The two sections of the seat have been re-connected with a locking-pin to allow a return to its natural form. The bespoke podium stand in matte-black also features an inscription, as well as a genuine Aston Martin hood-logo and two official Aston Martin door-sill decals.

The frenetic hi-octane car-chase that opens Quantum of Solace is undoubtedly one of the highlights of the movie and represents the first time a Bond movie opens its narrative in exactly the same place as its predecessor left off. The thrilling chase sequence between Bond’s Aston Martin V12 DBS and Quantum’s assassins in V6 Alfa Romeo 159s is impeccably edited, dramatically scored and delivers an intense rush of kinetic action - particularly given the addition of winding Italian roads, narrow tunnels and automatic assault rifles!