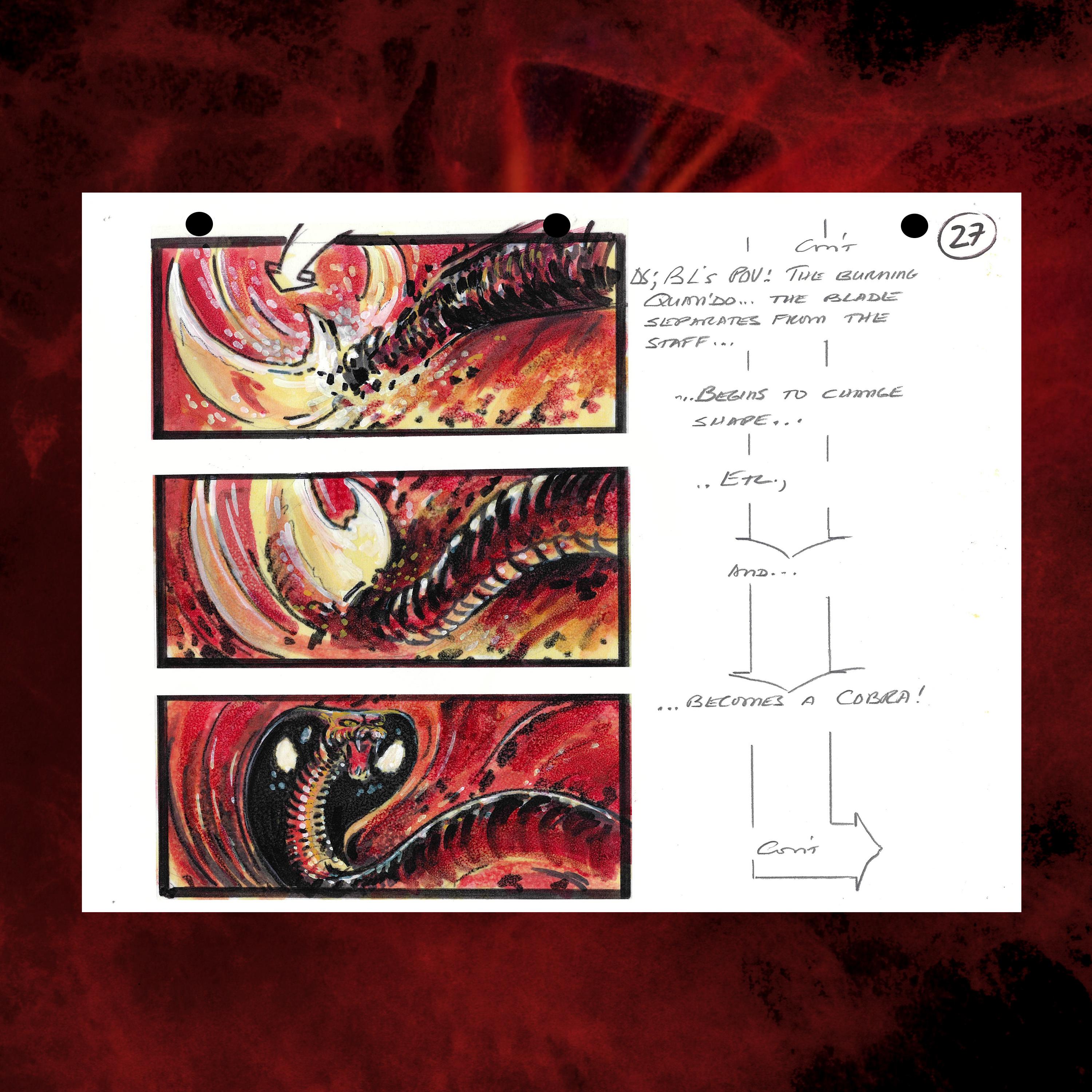 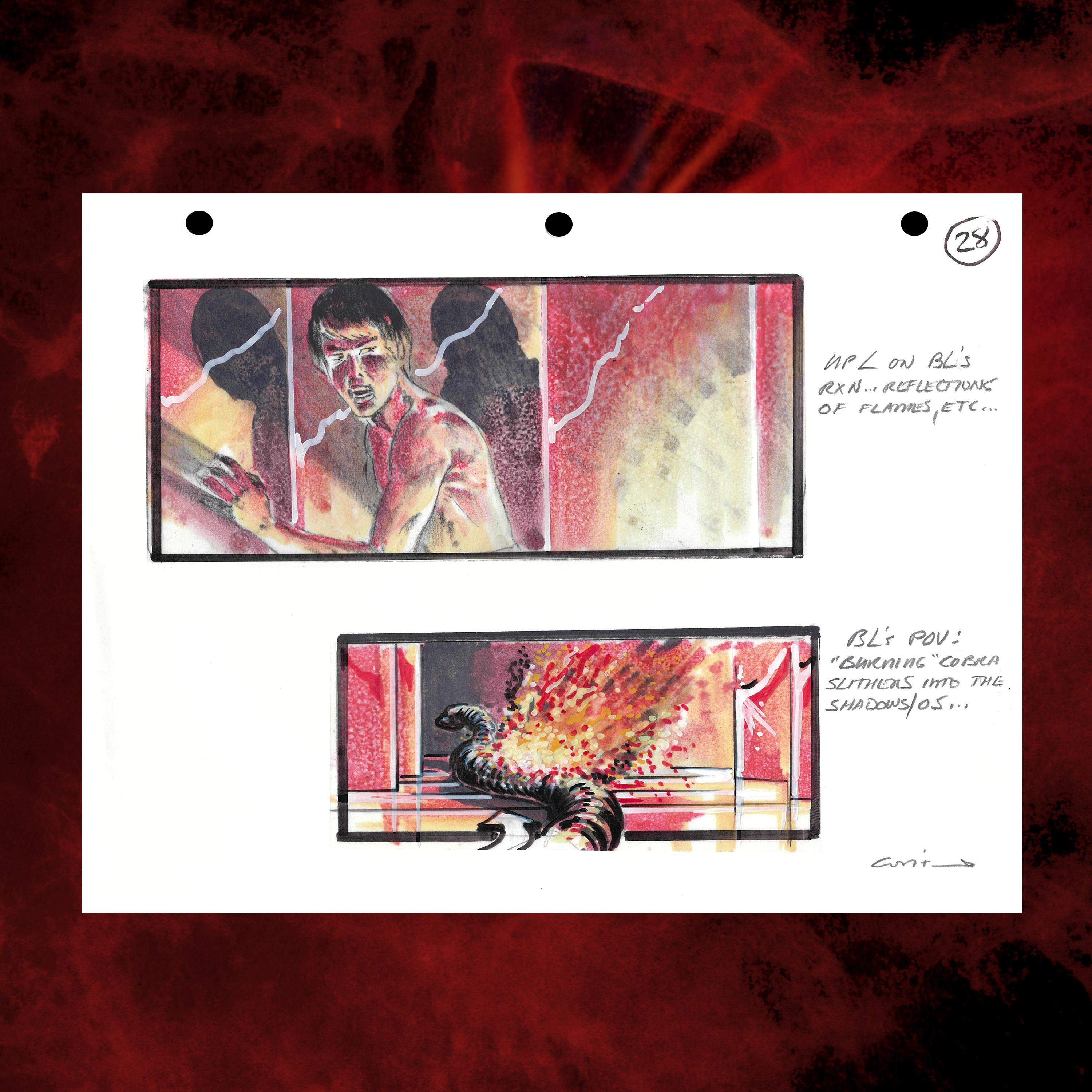 A trio of original concept art designs / storyboards from the production of the beloved biopic, 'Dragon: The Bruce Lee Story' (Universal Pictures, 1993), starring Jason Scott Lee and Lauren Holly and directed by ace-helmer, Rob Cohen ('The Fast and The Furious', 'Dragonheart').

Hand-painted by famed production artist, Nikita Knatz (Batman Returns and Predator), these three beautifully articulated storyboards depict a highly imaginative dream / fantasy sequence, where the Bruce Lee character is manipulating a quan-dao, which bursts into flames leading to a transformation of the blade into a cobra. Each of the storyboards have been rendered in mixed media (wonderfully detailed matt drawings mounted on 8 x 11" bond paper) and include production-notes outlining the intended shot-sequences. Here are some examples: "Up angle on BL as shifts the Quan' Do, then sees-- the qaun'do bursts into flame(s)", "BL's POV: The burning Quan'do...The blade separates from the staff... and becomes a cobra" and "Burning cobra slithers into the shadows/ OS..." The first storyboard is identified by the number '26' in the top right corner, the second by the number '27' in the same position and the third by the number '28'. All storyboards include the original punch holes from the art-department compilation-deck.

Celebrating a cobra motif, popular in martial arts iconography, the inventive conceptual sequence depicted in this trio of storyboards was not actually included in the final cut. Consequently, this beautiful storyboard collection provides a fascinating insight into the unseen development phase of this much-loved film.

The storyboards remain in very good 'production-used' condition, with only minor handling-wear, and are perfect for framing...