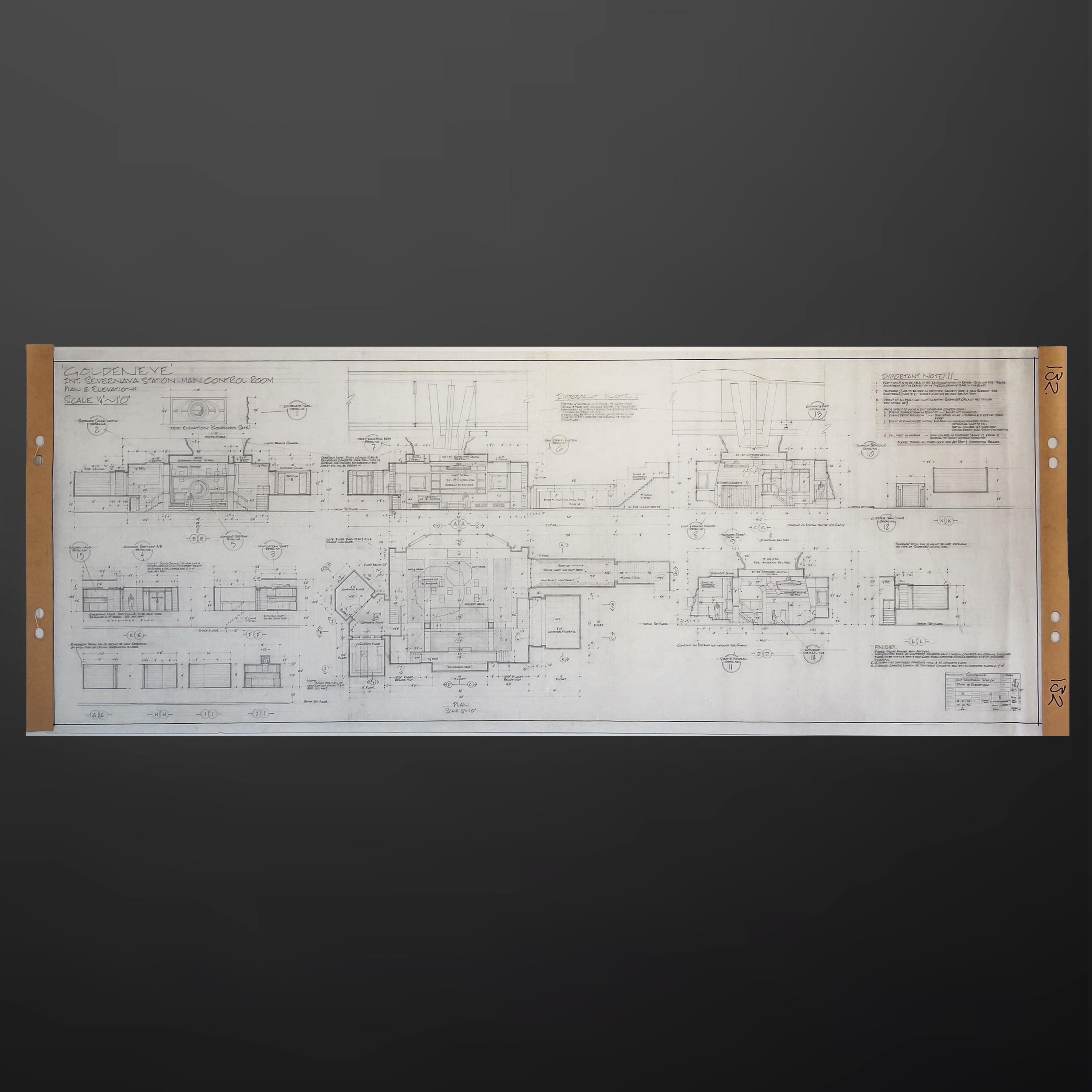 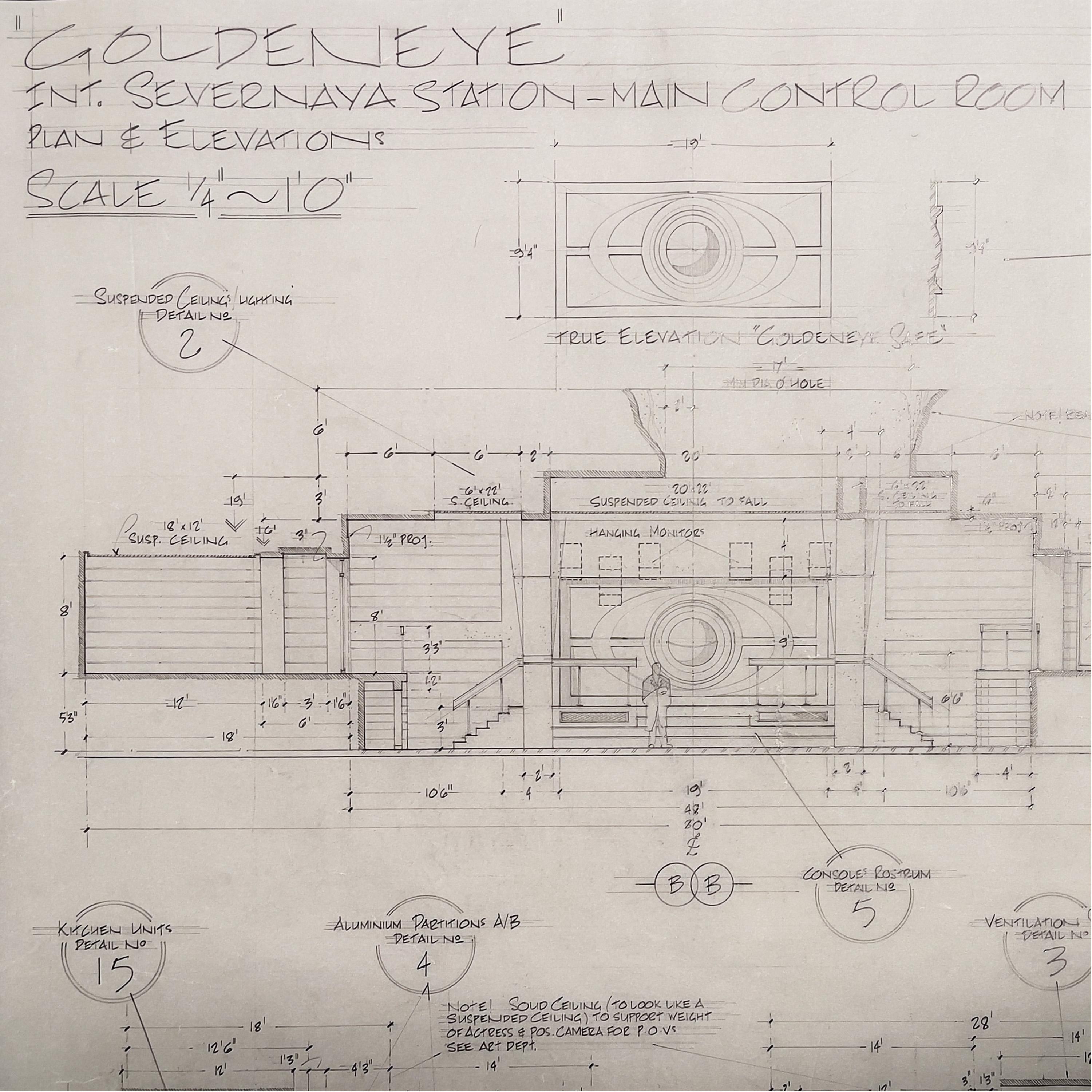 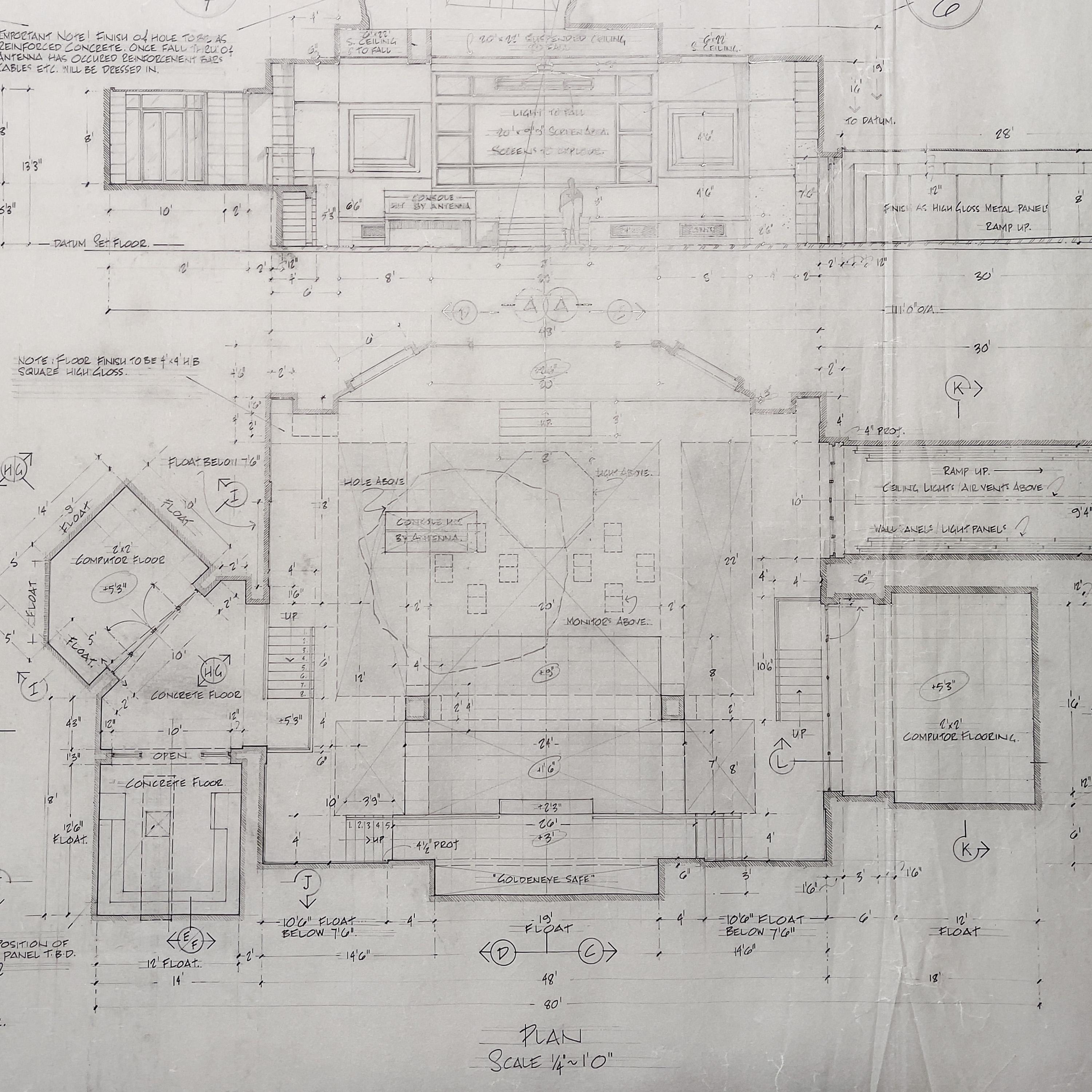 A  production-used architectural blueprint for the multi-faceted Severnaya facility interior-build, featured in the much-loved James Bond classic, Goldeneye. The plans are drawn in pencil, and the sheet is marked 132 in black ink. It  was issued on 18/10/1994, and details the construction plans for the INT Severnaya, Main Control Room - Plan Elevation. The scale is ‘1/4 - 1’. On Goldeneye, Peter Lamont ran the Production Department, whilst Derek Meddings headed up the model unit, which constructed scale miniatures for certain exterior locations, including Severnaya, at Leavesden Studios in the UK.

Severnaya is a fictional covert Siberia-based control-centre for Goldeneye, a fearsome satellite weapon that lends its name to the film’s title. Crucially, Severnaya is also the location for the inciting incident that propels the narrative of the movie.

This historic production artwork is very large in scale. It exhibits some toning and wear caused by handling but remains in very good production-used condition and is perfect for framing. 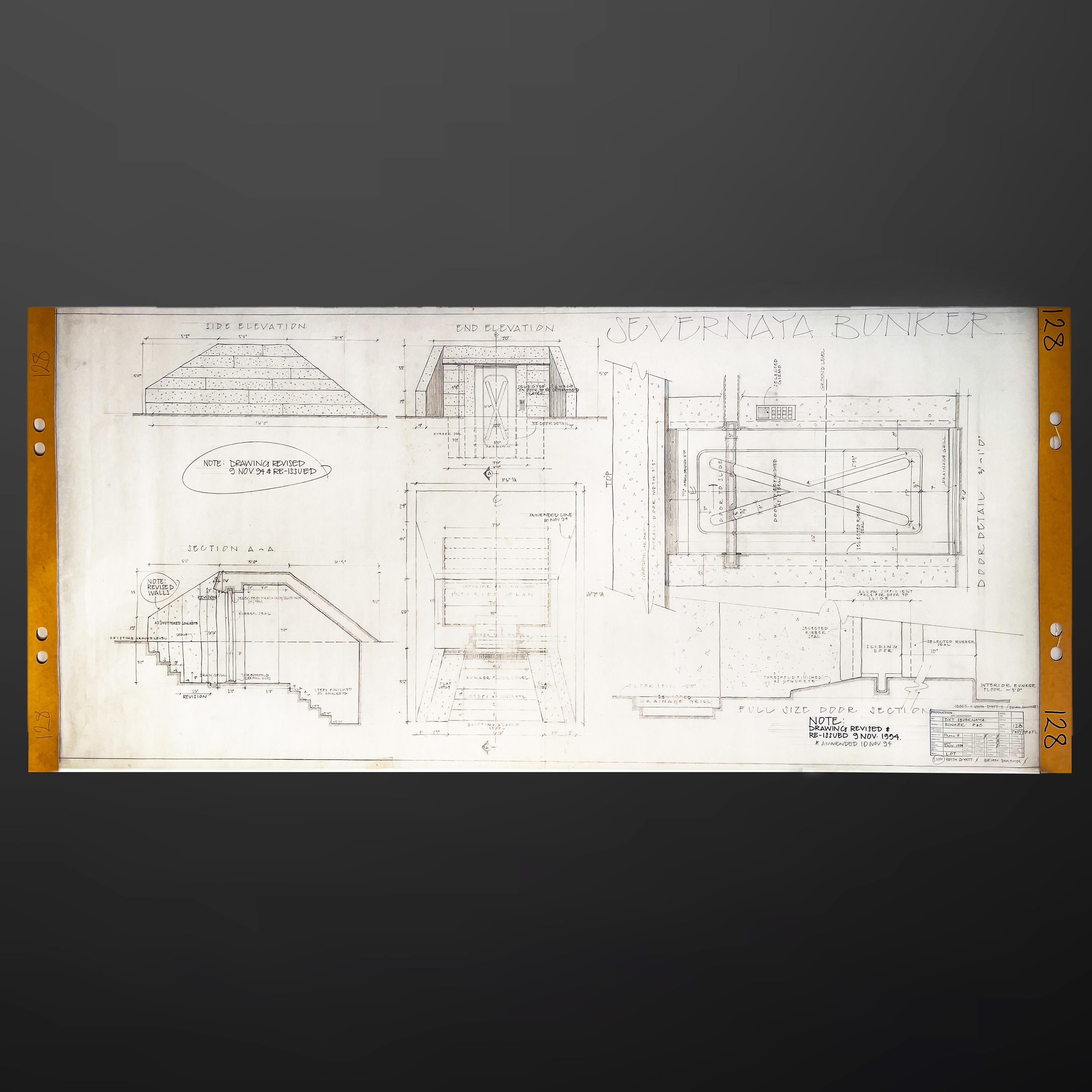 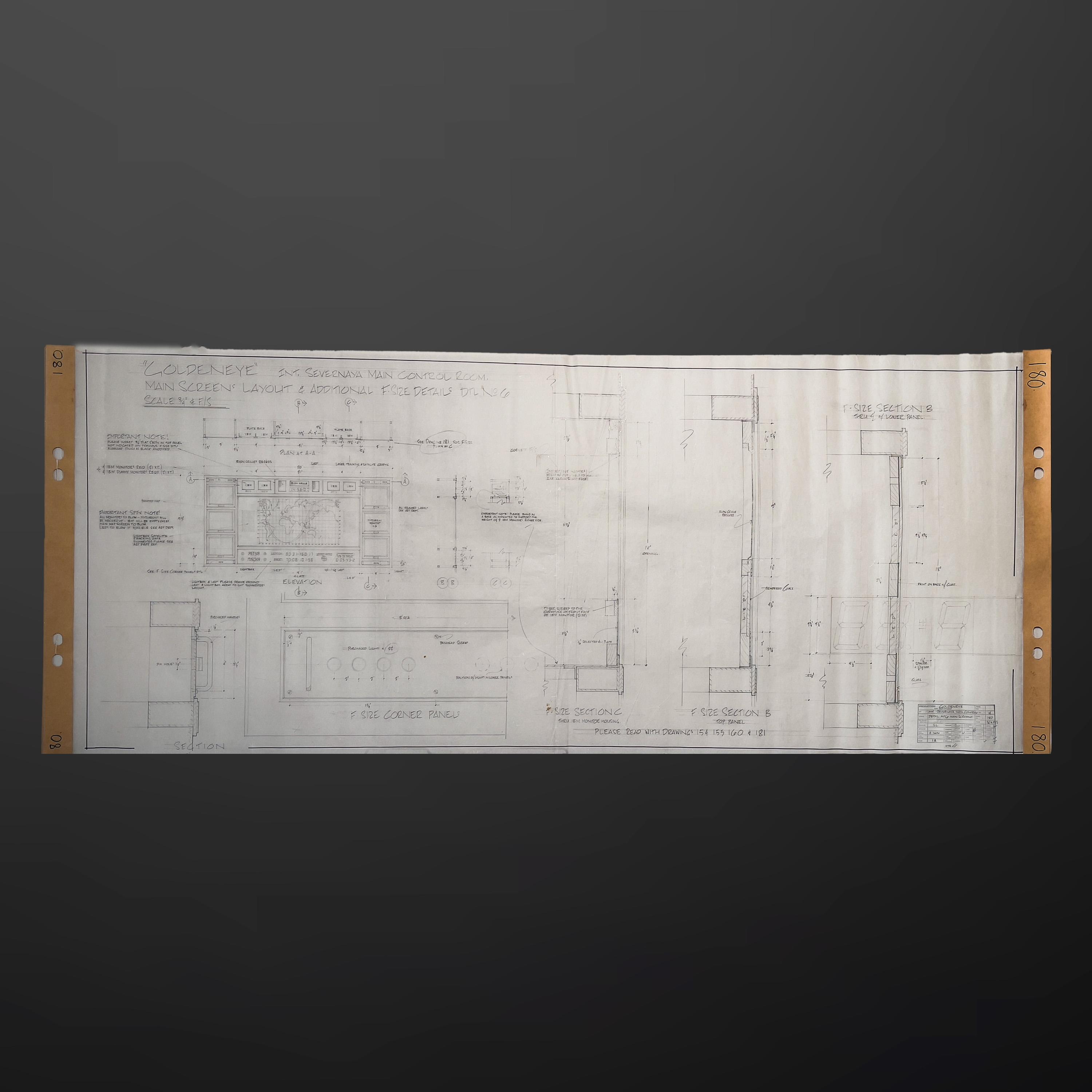 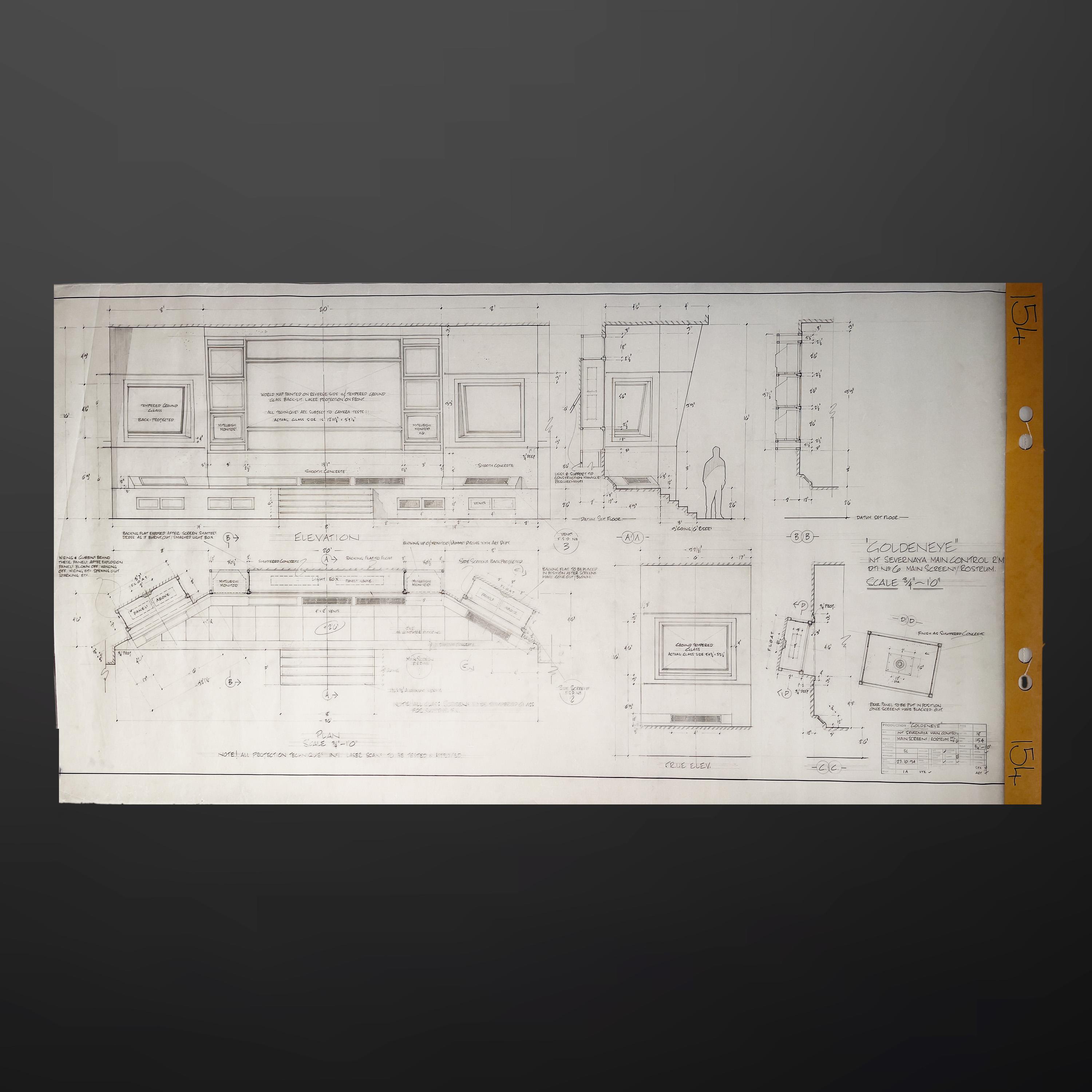