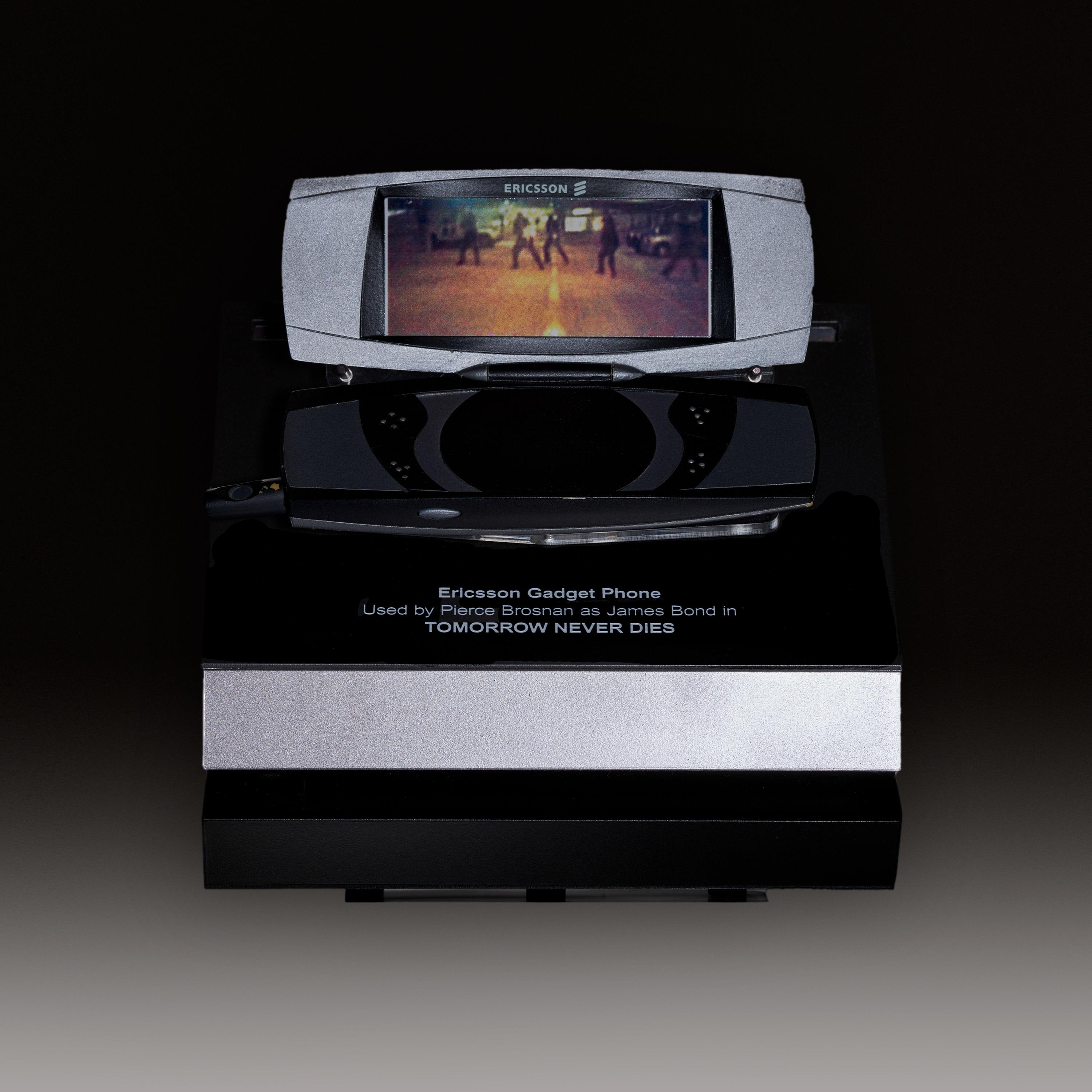 An Ericsson JB988 Gadget Phone used by Pierce Brosnan in the role of James Bond in ‘Tomorrow Never Dies’, the 18th film in the world’s longest running movie franchise.

The phone is the most memorable and versatile gadget in the film. It features a fingerprint scanner, an advanced lockpick, a 2000-volt taser and a full-function remote control for Bond’s BMW 750iL

Ericsson made 12 phones for the movie, and this is one of only four that were actually used on screen.

It specifically appears in the incredible scene where Bond is using the phone to remotely drive his BMW from the back seat, whilst he is under attack from Carver’s henchmen.

This model is a non-practical stunt version and is crafted from resin and finished in silver and black. It opens up to reveal a simulated LCD panel  and a steering control panel.

Released in 1997 and directed by Roger Spottiswoode, Tomorrow Never Dies was the much anticipated follow-up to Goldeneye, Pierce Brosnan’s acclaimed debut as 007. ‘Tomorrow Never Dies’ took $333,011,068 at the worldwide box-office and showcases arguably the best action sequences of the entire Brosnan era.

This incredible little piece of Bond history was previously on display at the celebrated ‘Bond in Motion’ Exhibition at London’s Covent Garden. It comes mounted on a bespoke silver display case fitted with a removable mirror, so all sides of the device can be viewed when the phone is open. The phones measures 6 x 2 inches, unopened, and is in excellent screen-used condition.

A signature costume worn by Pierce Brosnan as 007 in ‘Goldeneye’, the seventeenth feature in the James Bond franchise.This beautiful ensemble consists...
$15,428.75
View details