A signature costume worn by Pierce Brosnan as 007 in ‘Goldeneye’, the seventeenth feature in the James Bond franchise.

This beautiful ensemble consists of a three-piece-suit tailor-made for Brosnan by Brioni, Roma: the bespoke costume house charged with the production of the majority of luxury suits for Pierce Brosnan and Daniel Craig in their roles as James Bond. The suit is beautifully tailored from blue wool with a silk effect Brioni logo-embellished lining. The waistcoat, although included, was not actually worn during the filming of Goldeneye.

The outfit is labelled throughout. The jacket carries the labels “Brioni, Roma” and “Angels & Bermans, The Costumiers to the Entertainment Industry”. It is also labelled “1995 GOLDENEYE PIERCE BROSNAN”; the waistcoat and trousers are similarly inscribed. As the outfit is tailored specifically for Brosnan, no sizes are marked on the suit in line with common practice.

This hero costume is worn in a number of stand-out set pieces in Goldeneye, including the iconic adrenaline-pumping tank chase, filmed at Leavesden Studios in Hertfordshire, England. The costume also features in the hi-octane gun battle that precedes it at the military archives in St. Petersburg.

The costume comes with a shirt from Turnbull & Asser and a tie from Magnoli of New Zealand. Neither is production-used, but they closely represent the style and cut of their counterparts worn during production. The shirt is a 100% cotton, Poplin 2, luxury garment from Turnbull & Asser, tailors to the Bond franchise since 1962. The tie by Magnoli is a near exact replica of the screen-used accessory and features silver squares and golden triangles atop a tone-on-tone black field. it is a unique blend of 70% silk and 30% wool, delivering body and sheen. The ensemble is mounted on a bespoke mannequin featuring the Goldeneye logo on the base. 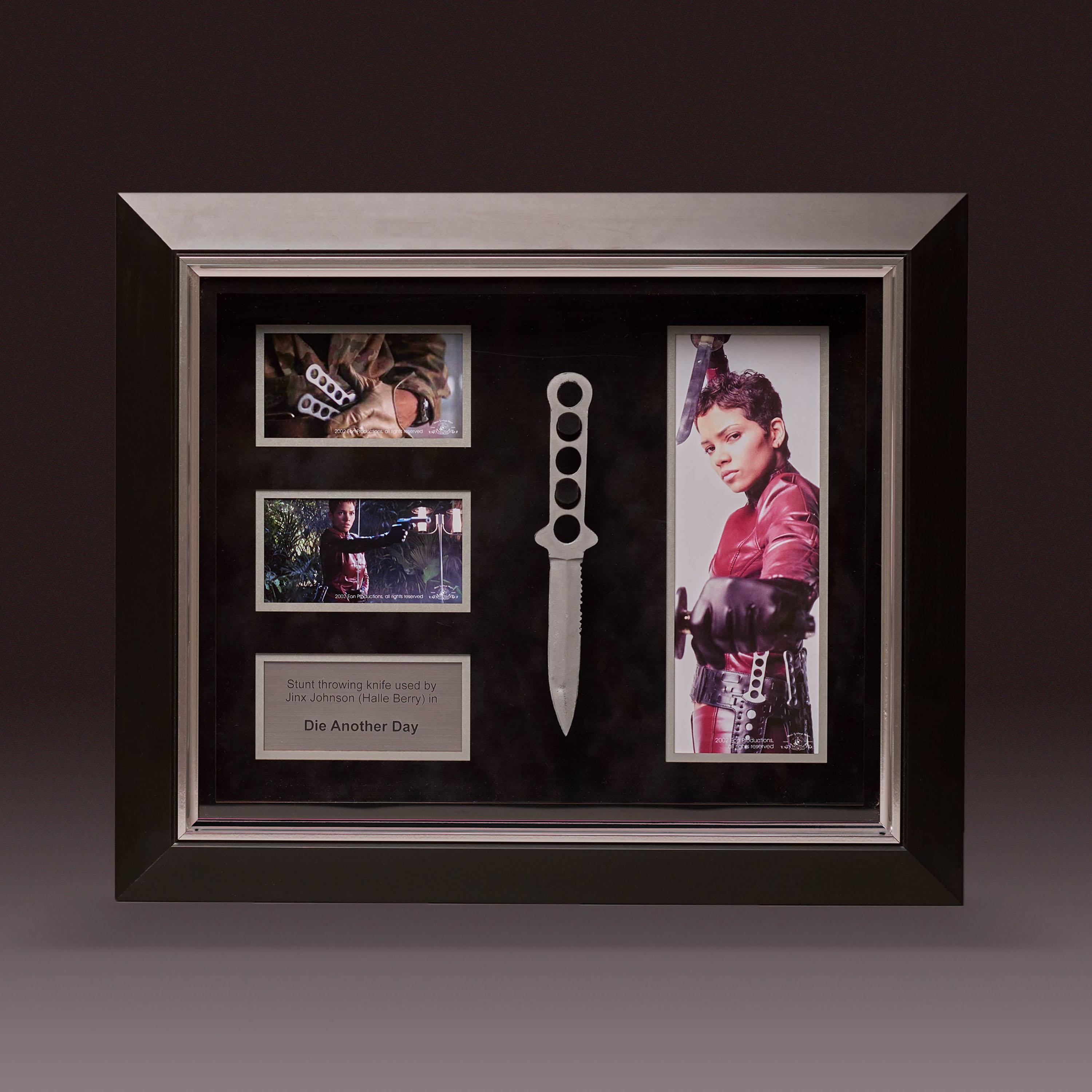