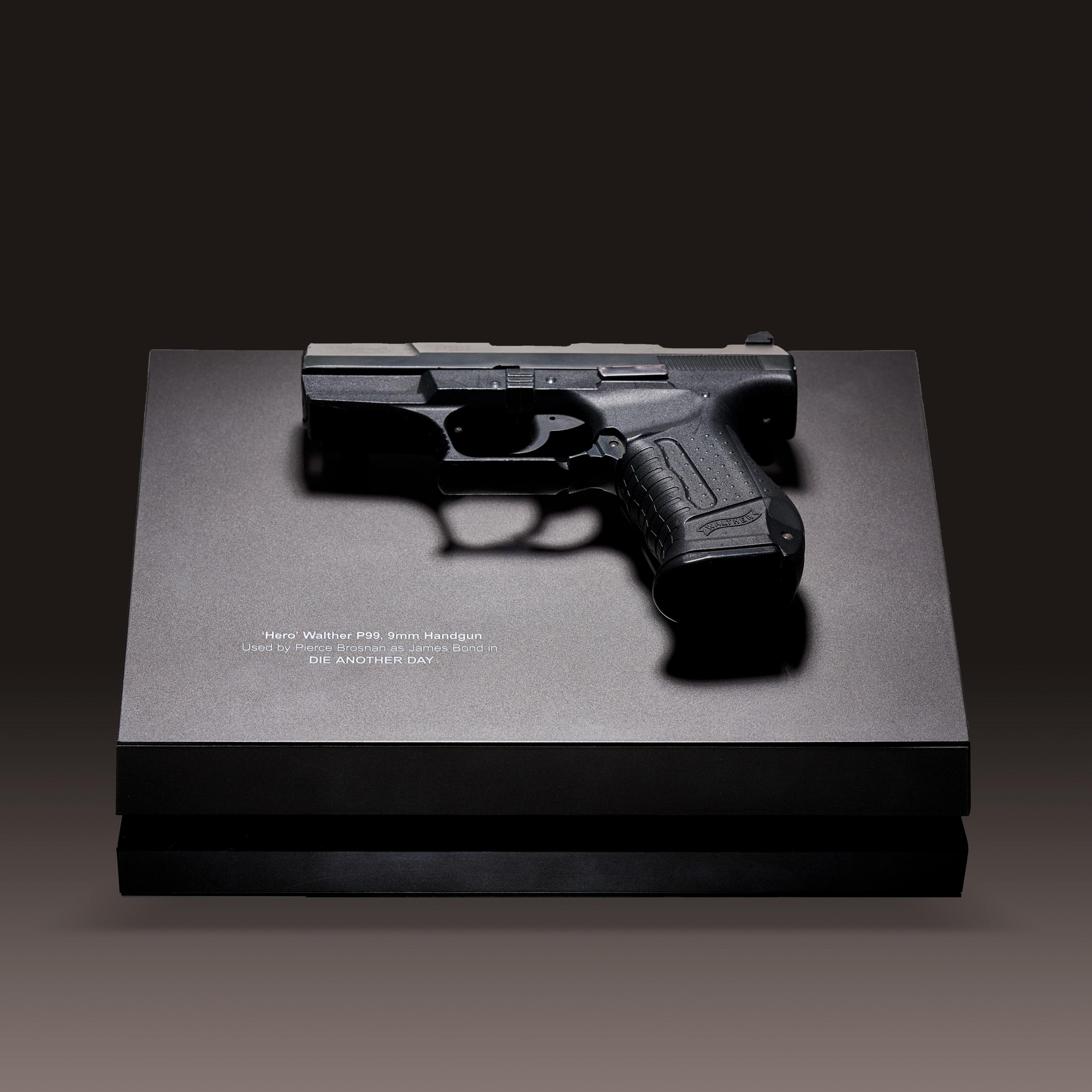 This weapon was supplied by respected movie armourer, Bapty, and used by James Bond in a number of the film’s action sequences. It has been manufactured by Walther and adapted to only fire blank rounds.

The gun has been carefully de-commissioned to UK legal standards and is accompanied by a Certificate of De-Activation from the London proof house. The trigger-action and slide-release remain intact and the magazine can be discharged and re-engaged at will; thus providing the gun with most of its original functionality.

An official letter from Bapty establishes the provenance of the pistol and its deployment on screen by Pierce Brosnan.

Starring Pierce Brosnan in his last appearance as James Bond, ‘Die Another Day’ marked James Bond’s 40th Anniversary and was the highest grossing Bond movie up to that time, generating $431,971,116 at the worldwide box-office.

The movie had its World Premiere on November 18th, 2002, at the Royal Albert Hall in London. Queen Elizabeth II attended as the guest of honour, along with Prince Philip, marking only her second appearance at a Bond Premiere since ‘You Only Live Twice’ in 1967.

A signature costume worn by Pierce Brosnan as 007 in ‘Goldeneye’, the seventeenth feature in the James Bond franchise.This beautiful ensemble consists...
$15,067.50
View details