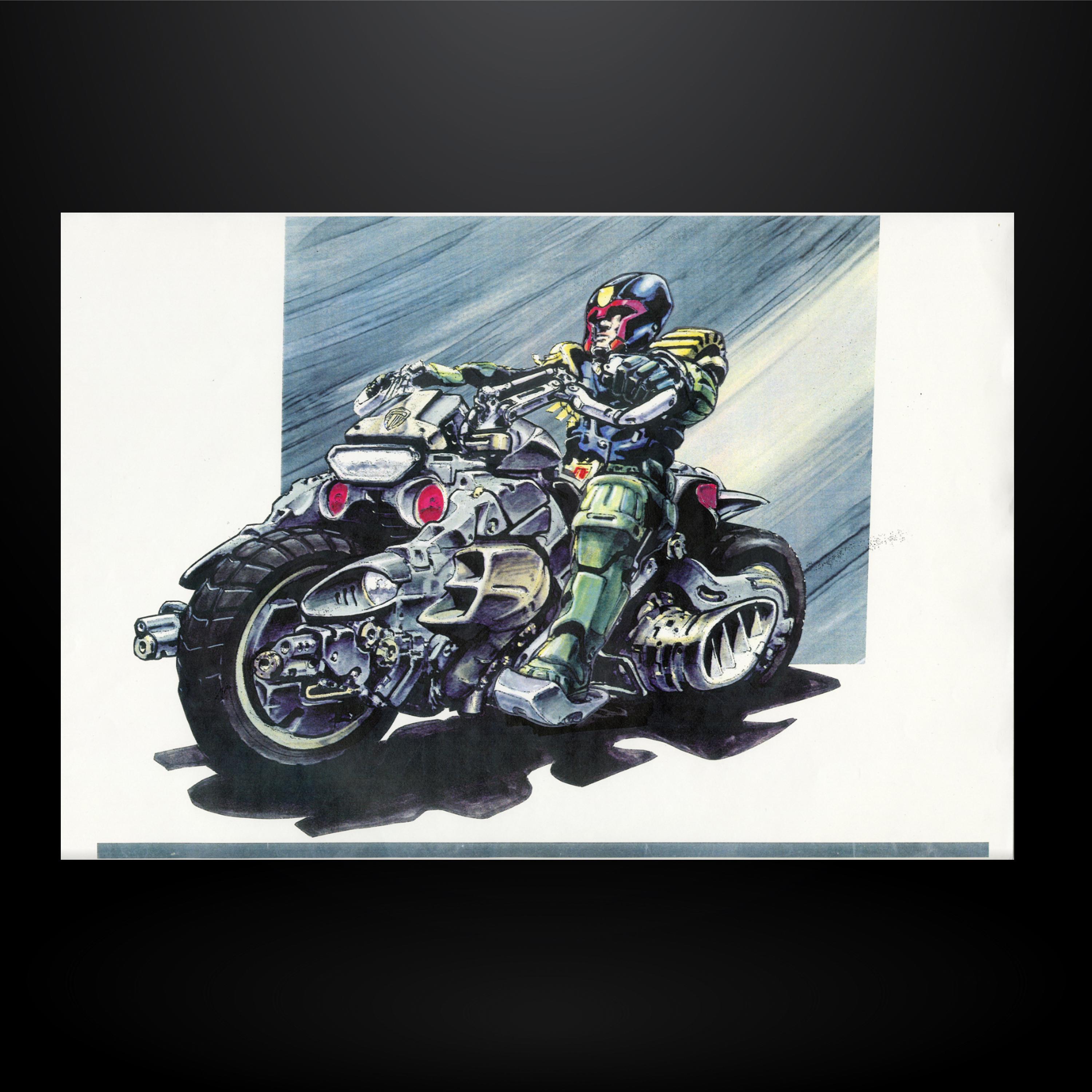 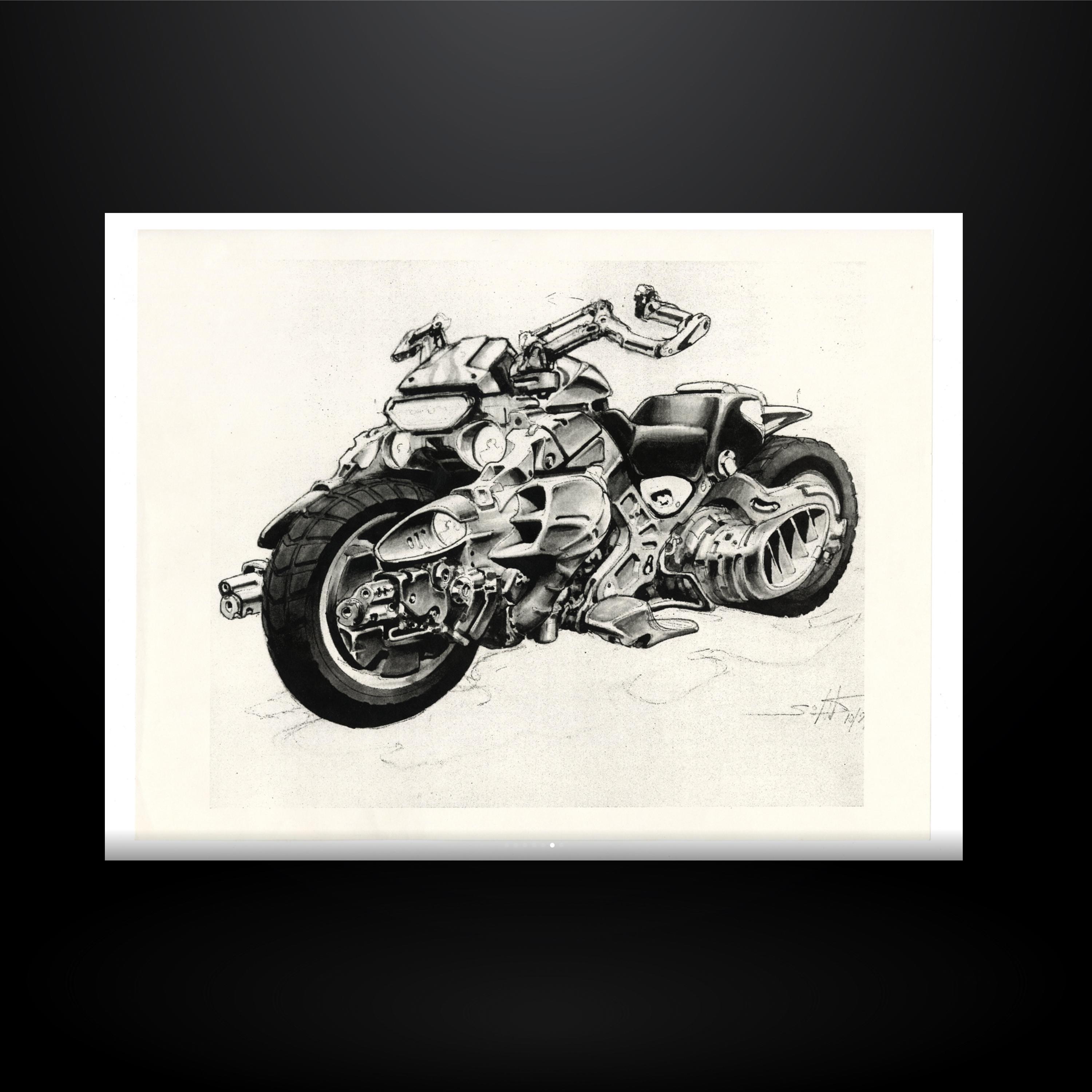 Highly desirable and collectable printed 'Lawmaster' designs from the production of Danny Cannon's 'Judge Dredd' feature (1995), starring Sylvester Stallone and Diane Lane. The artwork comes directly from the personal collection of Charles "Charley' Lippincott, a producer on the film.

The artwork compilation is presented on a sheet of card-stock paper and showcases two highly evocative and dynamic printed concept sketches of the 'Lawmaster' on illustration paper.

The artwork exhibits minor creasing but is in good condition overall. This article is sold without copyright.

In addition to his work on Judge Dredd, Charles Lippincott also spearheaded the publicity campaigns for iconic movies like 'Star Wars', 'Alien' and 'Flash Gordon'.