Marilyn in Black Gloves and Jewels by Edward Clark 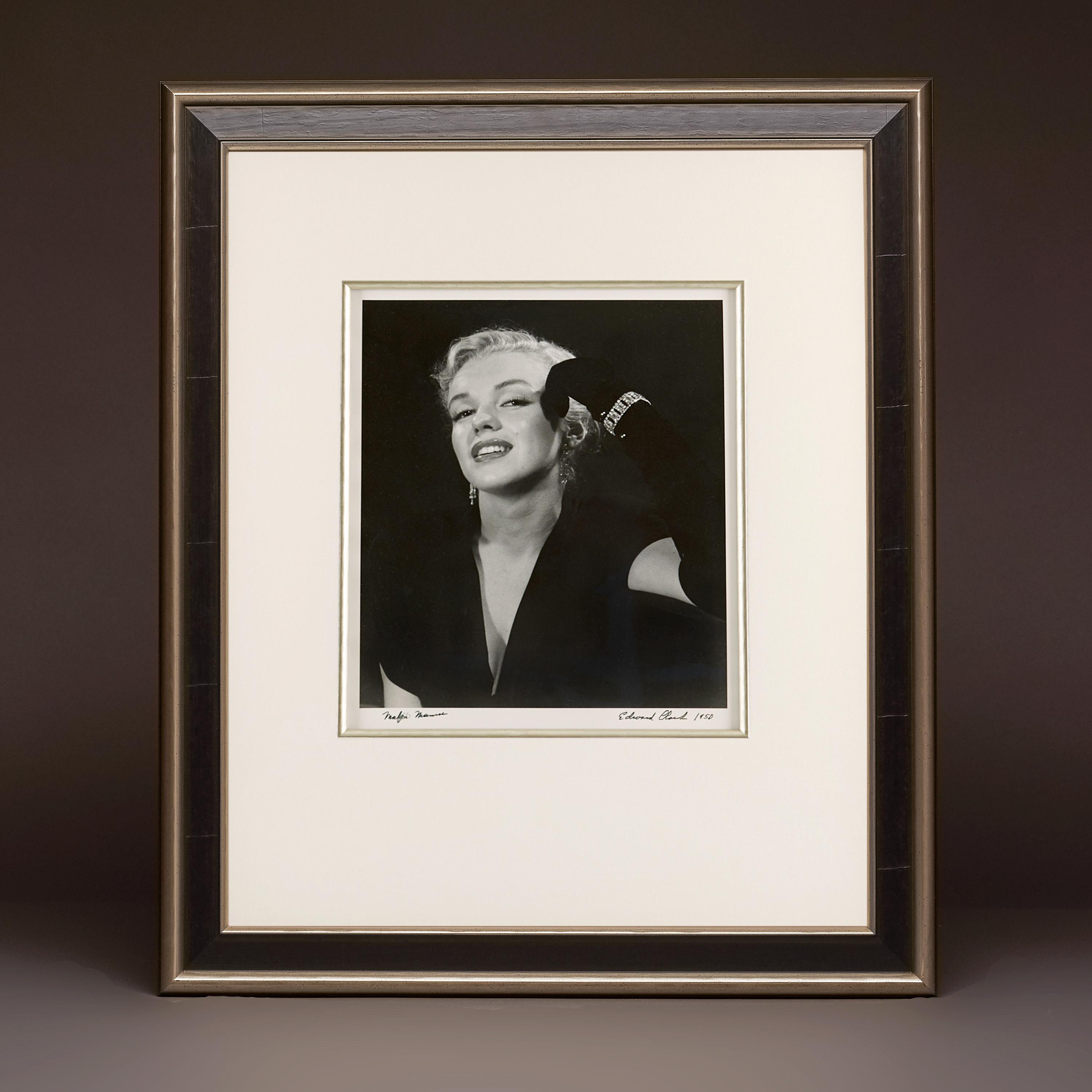 This elegant and sought-after gelatin-silver photo of Marilyn Monroe in black by Edward Clark measures 30 x 25 cm and is in very good condition. The print is signed, titled and dated in black ink in the border by the artist..

This beautiful photograph of Marilyn was originally taken in 1950 and later re-printed by the Clark Estate. A significant number of unpublished shots of Marilyn, taken by Clark when she was an unknown aspiring actress, were discovered in a later search of Life's labyrinthine archives.

Edward Clark (1911-2000) was born on July 3rd, 1991, in Nashville, Tennessee, and was served as one of the senior photographers at the prestigious Life Magazine. He photographed numerous celebrities, including a mesmerising portfolio of Bogart and Bacall on their wedding day. Famously a photo of Senator John F Kennedy and his daughter, Caroline, taken by Clark, so captivated JFK and his wife, Jackie, that it hung in The Oval Office after Kennedy was elected president.

'I sent several rolls to LIFE in New York, but they wired back, "Who the hell is Marilyn Monroe!" -Edward Clark'. Three years later Marilyn appeared on the cover of LIFE in a now famous Clark photo!

This item comes with a Letter of Authenticity.

Marilyn in Black Gloves and Jewels by Edward Clark