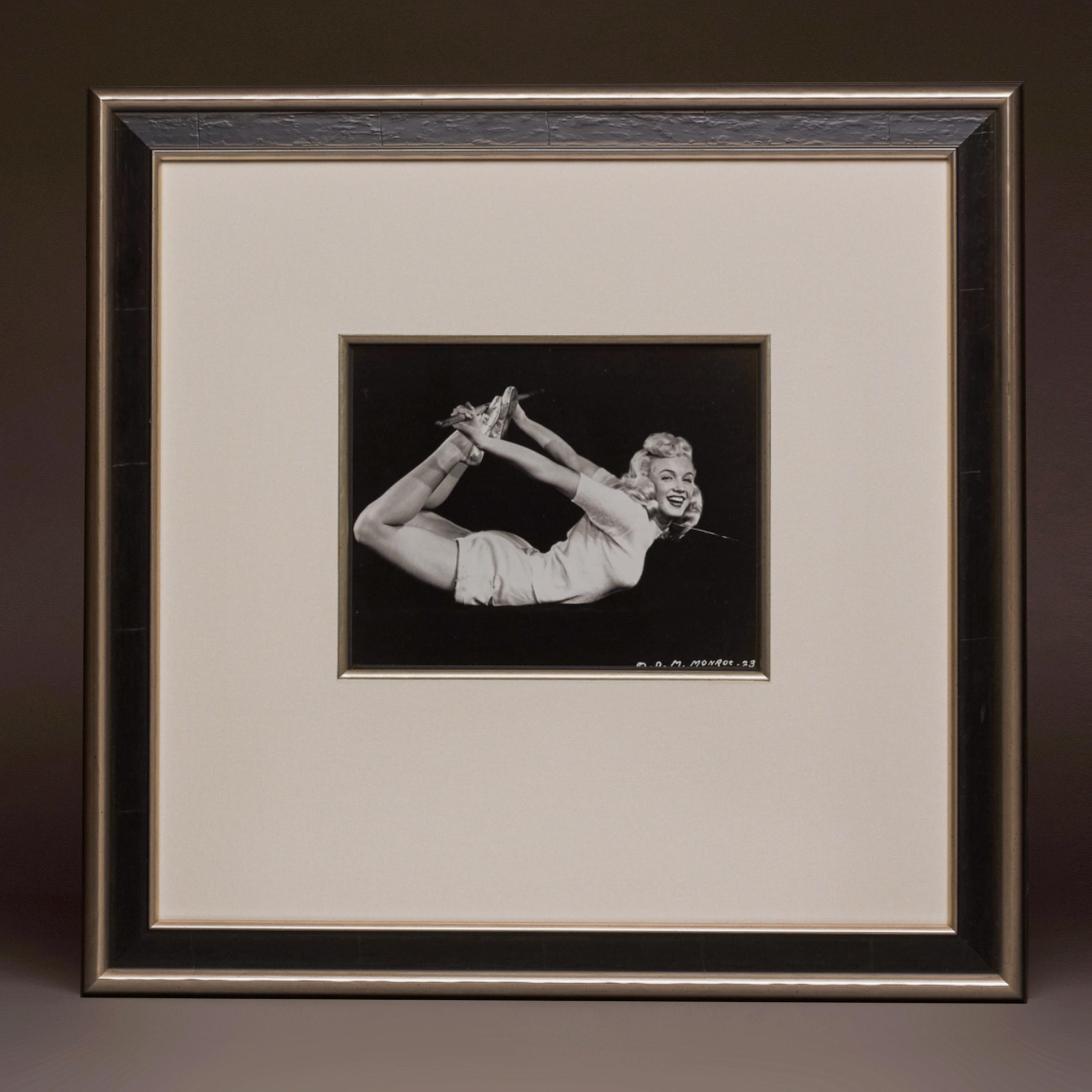 A beautiful Gelatin Silver Print on Baryta Paper featuring Marilyn Monroe in a yoga pose (Bow Pose, Dhanurasana). The photograph was originally taken in 1948 by photographer, Ed Cronenweth, for Columbia Pictures and was printed later for the Time Magazine Portfolio.

Marilyn was an early adopter of Yoga, as the first Yoga studio in Los Angeles only opened in the late Forties. Marilyn first publicly alluded to her practise of Yoga in 1956, according to The Subtle Body, a history of yoga culture in the USA.  Marilyn learned yoga from Indra Devi, who many consider to be the “The First Lady of Yoga”. Photos of Marilyn performing Yoga poses were commissioned by both Columbia and Fox Studios.The Cronenweth photoshoot in 1948 was, however, the first to capture Marilyn performing Yoga poses.There are only 21 known images of Marilyn practising Yoga, and all are highly favoured by collectors.

This image was taken to promote the 1948 movie, 'Ladies of the Chorus'. The original set was published in various newspapers promoting the movie and included the caption: “Look pretty, feel good. Marilyn Monroe, who plays the ingenue lead in Columbia’s Ladies of the Chorus, exercises her way to beauty and health.”

There is a small hairline scratch in the black background; otherwise the photo remains in very good condition.

Comes with own Certificate of Authenticity. 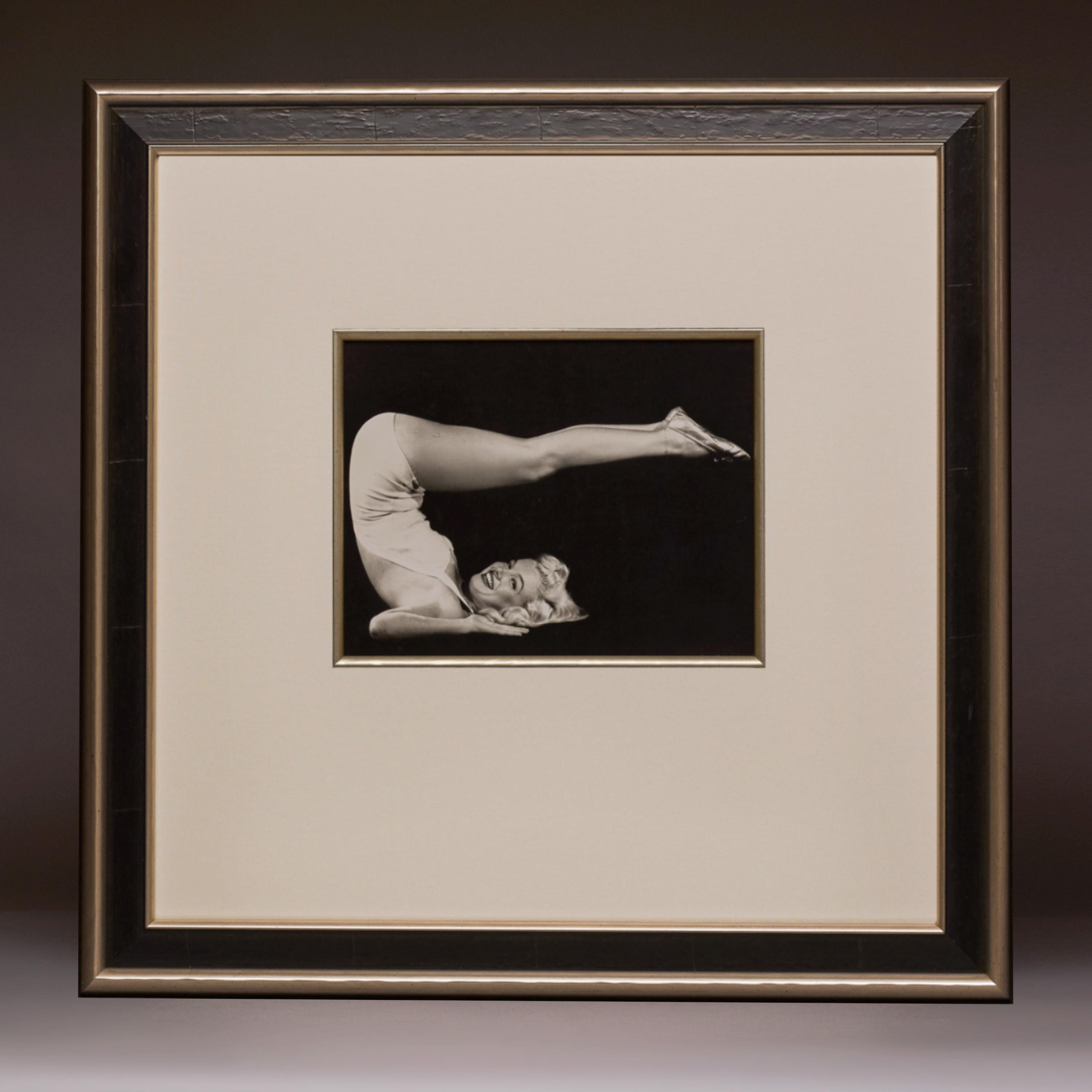