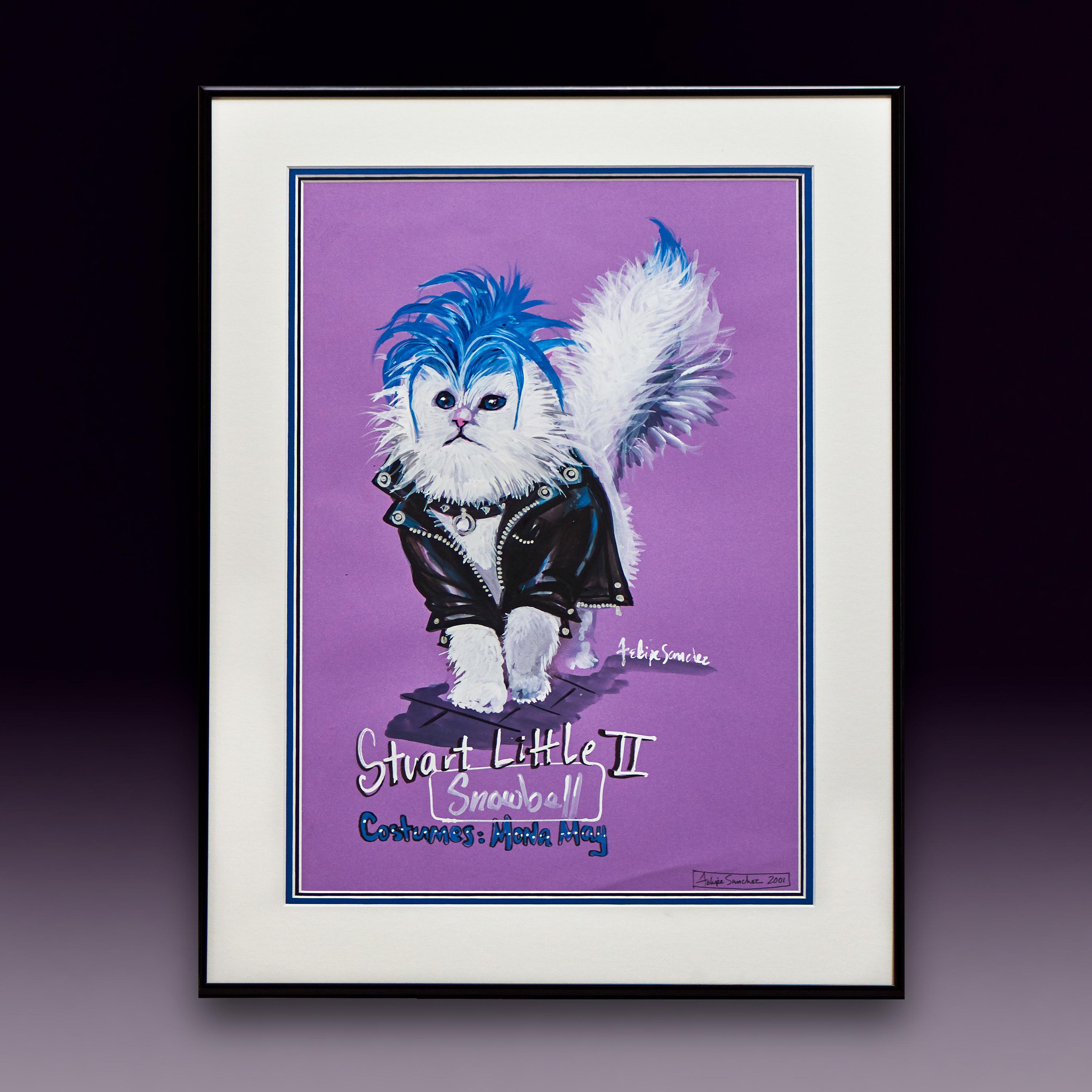 This original concept drawing for Stuart Little 2 has been personally signed by celebrated illustrator, Felipe Sanchez. It shows Snowbell, the lovable coward, dressed in a studded black leather jacket finished with a black leather collar embellished with diamonds. The cat's fur is died blue to resemble a blue boa in the area between his ears with matching blue fur in the tail area. The piece is entitled 'Stuart Little 2 - Snowbell'.

In his trademark style, the artist has signed and dated the piece twice - next to Snowbell's tail in white ink and in the bottom right hand corner in black ink. The black ink signature is also dated 2001. Costume Designer, Mona May (Clueless, The Wedding Singer, Never Been Kissed), is also given a credit directly under the title.

Felipe has been a Costume Illustrator for the film and television industry for over twenty years. His work includes costume illustrations for "The Amazing Spider-Man', 'Green Hornet',' Speed Racer' and 'Big Fish' to name but a few. His impeccably drafted and evocative work is highly sought-after by collectors, and this beautiful framed artwork from Stuart Little 2 represents a rare opportunity to own one of his original signed concept illustrations.

This beautiful one-of-a-kind display piece is presented in a black metallic designer frame and protected behind UV-protected 'water-white' museum-quality glass. There is a small diagonal crease in the bottom right hand corner; otherwise the illustration remains in excellent condition. 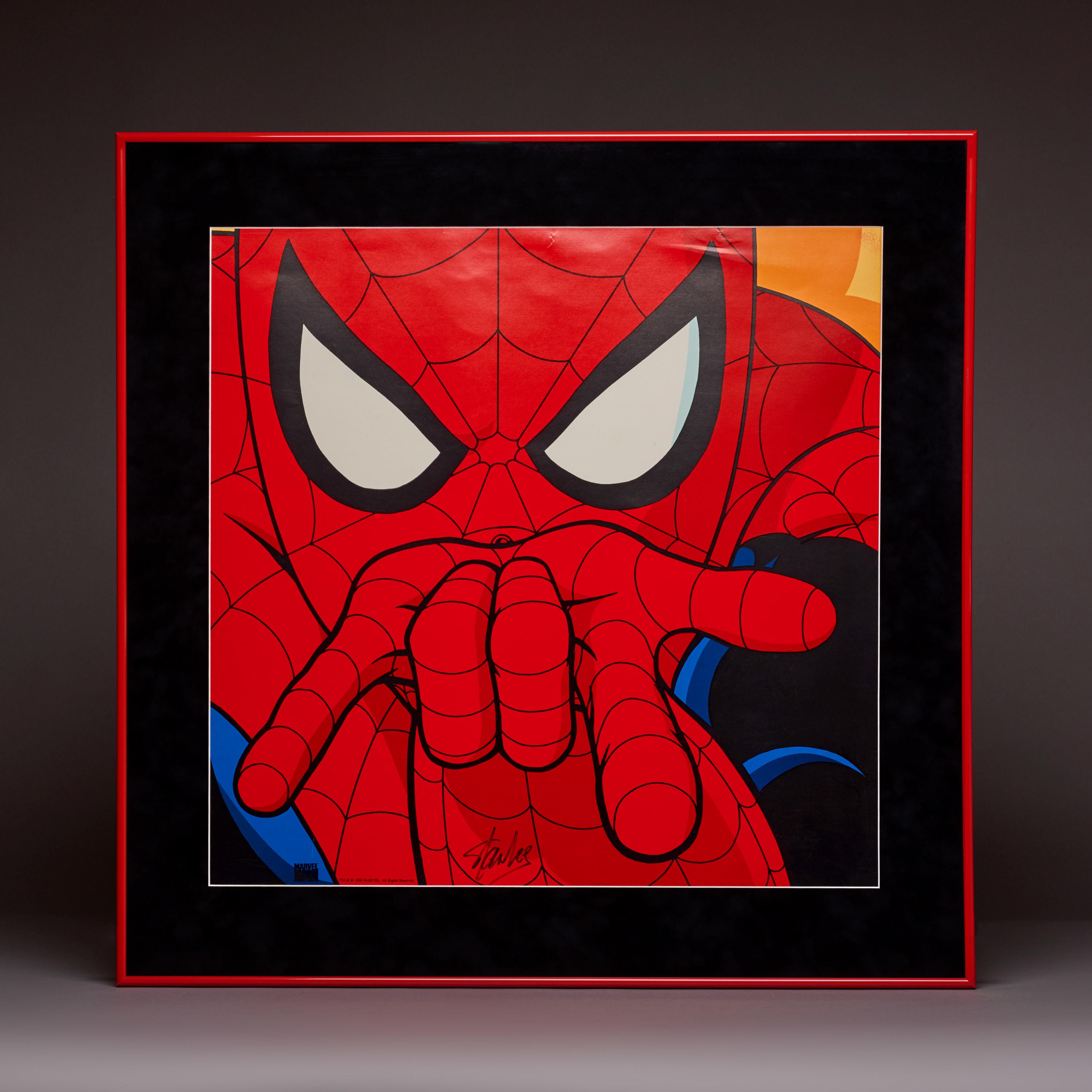 A stunning framed Spider-Man art poster, featuring an arresting  close-up of “Spidey” in the prone position, preparing to shoot a web sling directly a...
$1,602.18
View details 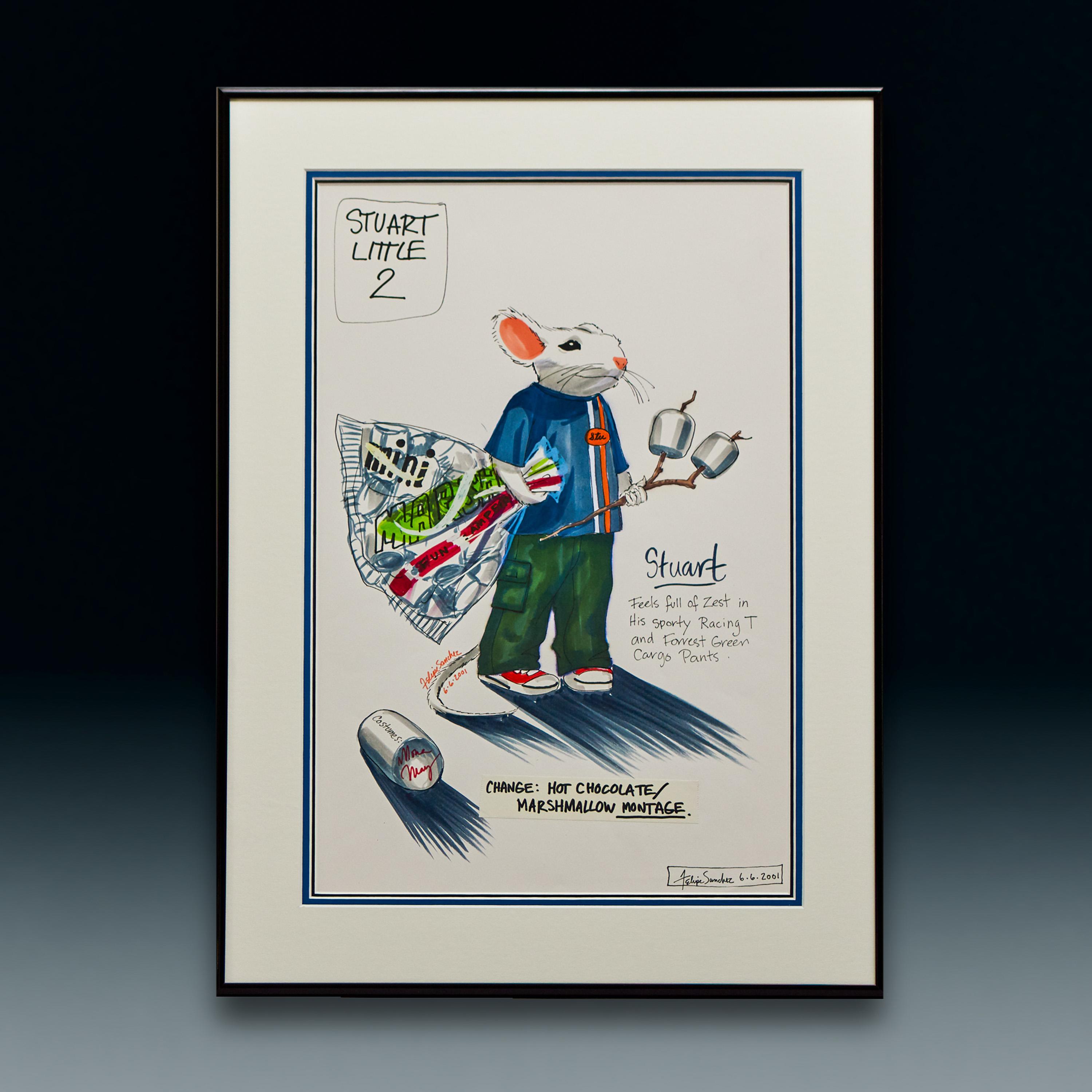 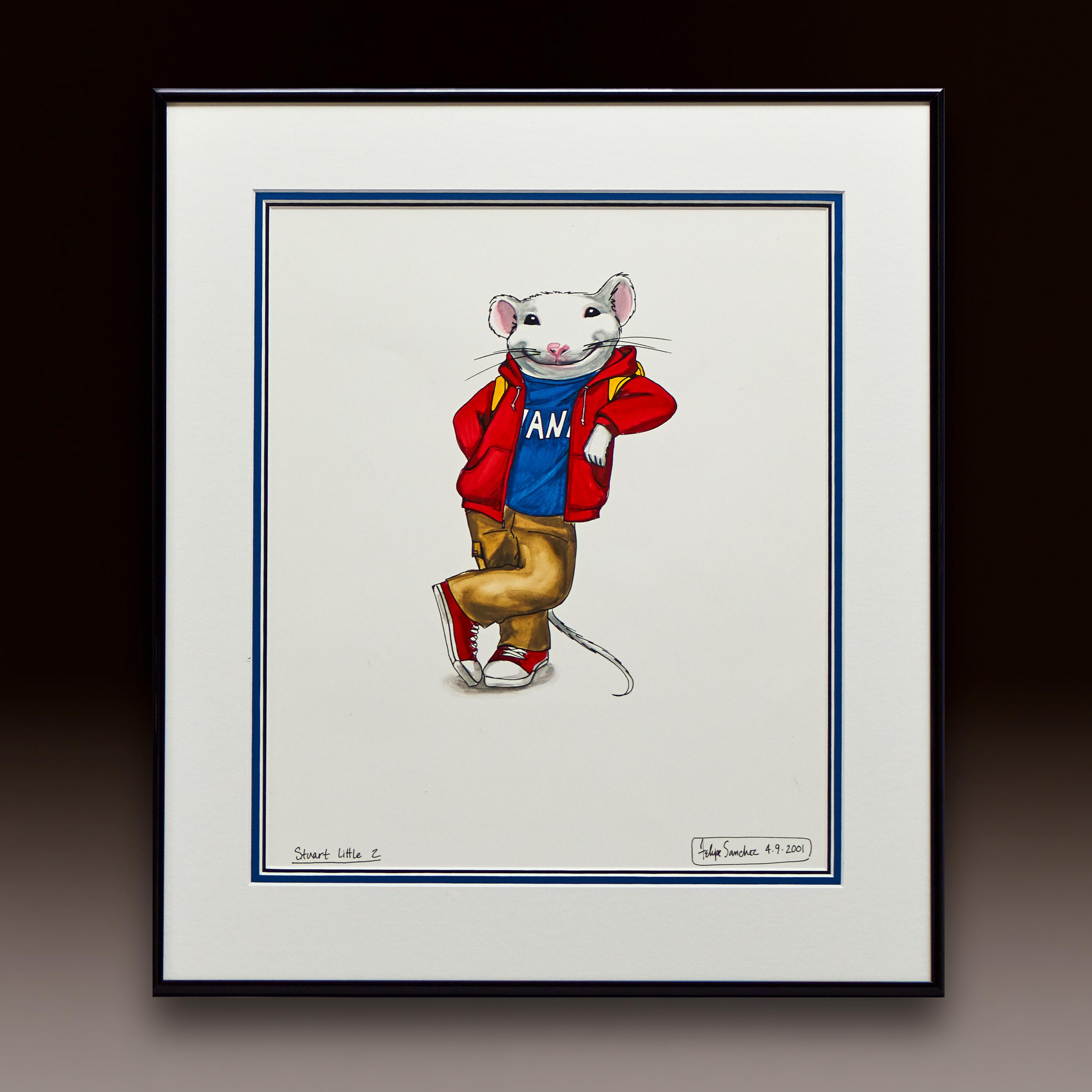 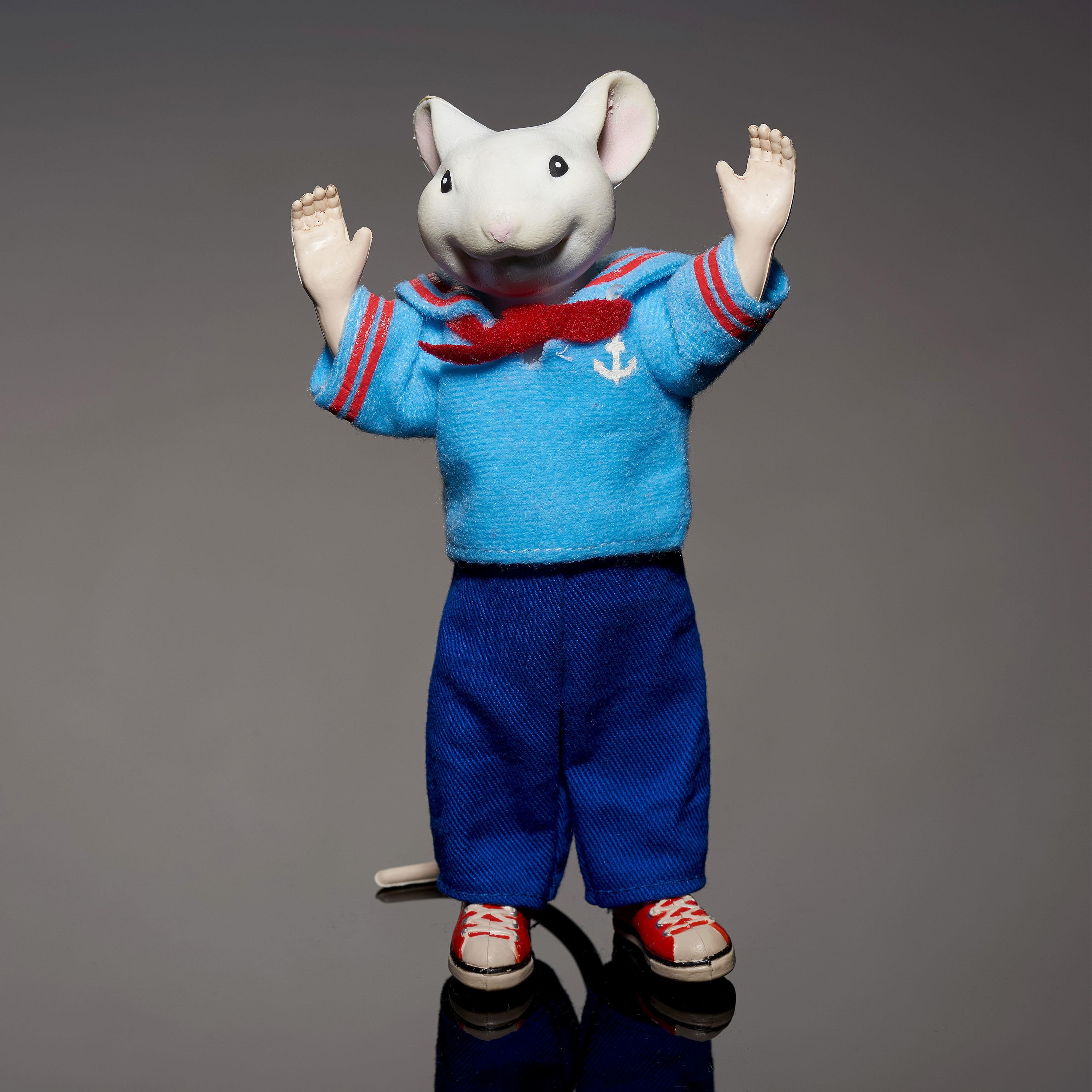