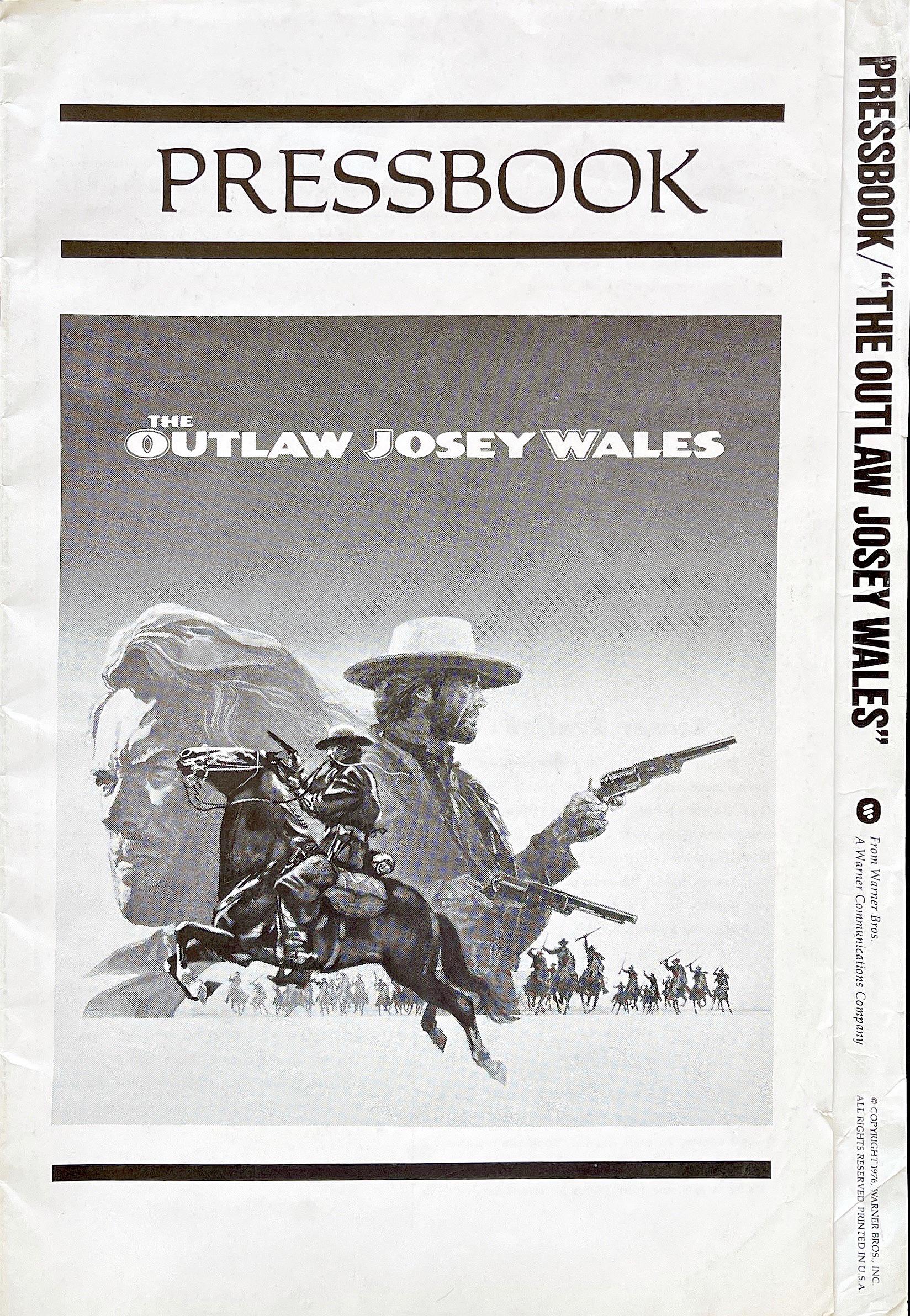 The original 11-page uncut press book for the iconic revisionist western, 'The Outlaw Josey Wales', released to critical and popular acclaim in 1976.

This highly collectable vintage press book showcases the various iterations of theatrical artwork for the film and outlines the original press release and campaign strategy.

Produced by Clint Eastwood's Malpaso Productions and distributed by Warner Bros, 'The Outlaw Josey Wales' was selected, in 1996, for preservation in the National Film Registry, as it was deemed "culturally, historically, or aesthetically significant" by the United States Library of Congress. It was one of a very small number of 'Western' films to achieve both commercial and critical success in the Mid-1970s - a period during which the 'Western' was dying a major genre in Hollywood.

Clint Eastwood took the reins as both director and leading-man, and his magnetic lead character adopted many of the same character traits as his seminal 'Man With No Name' character from Sergio Leone's classic Spaghetti Westerns. The movie co-starred Sondra Locke, Chief Dan George, Sam Bottoms and Geraldine Kearns and is regarded as one of Eastwood's finest films to this day.

The press book has varying degrees of wear and/or studio distressing. Please see listing images for the exact condition.

A rare, and original, cast and crew screening ticket for 'Indiana Jones and The Last Crusade', released in 1989.The ticket features an invitation from...
$134.13
View details 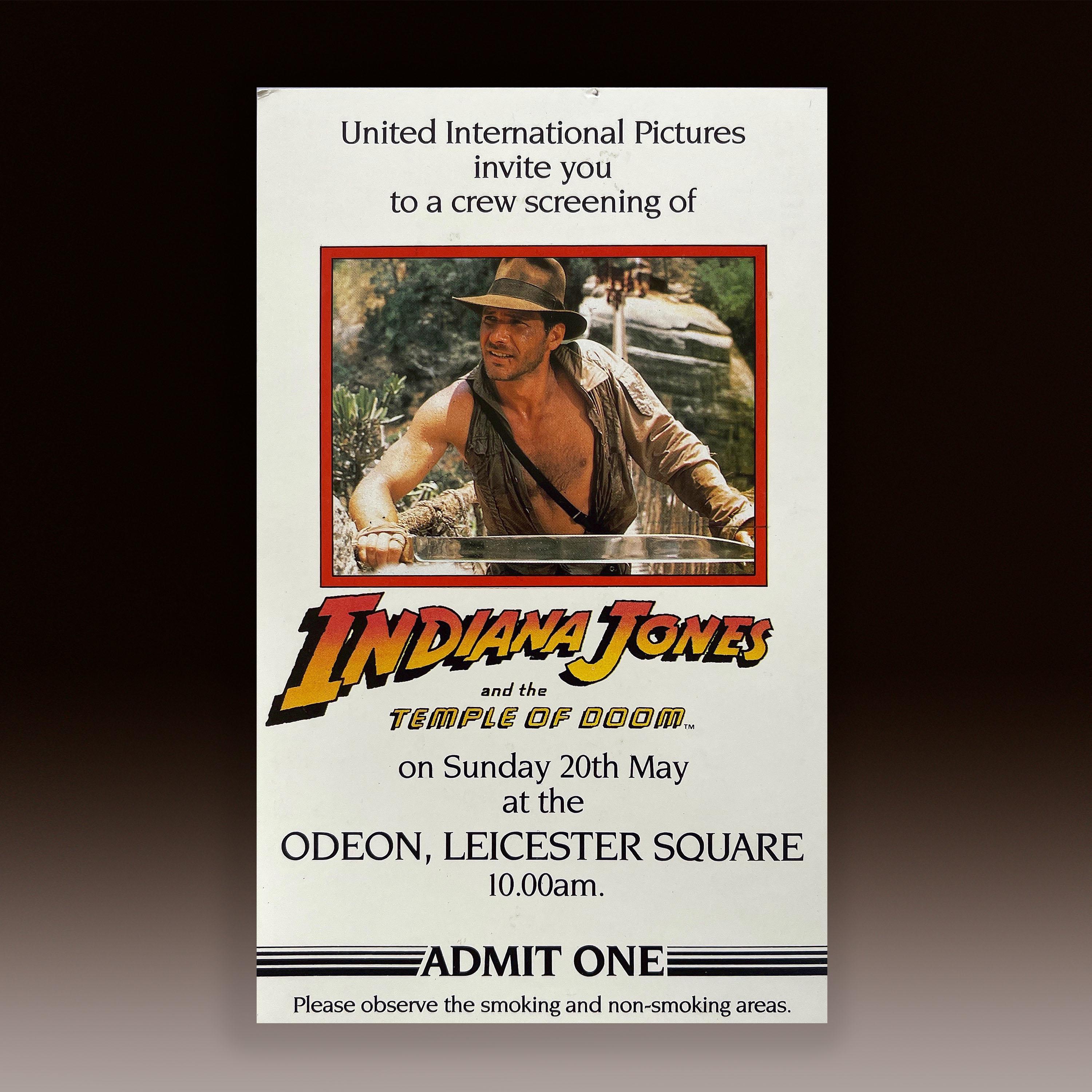 A rare, and original, cast and crew screening ticket for 'Indiana Jones and The Temple of Doom', released in 1984.The ticket features an invitation fr...
$180.56
View details 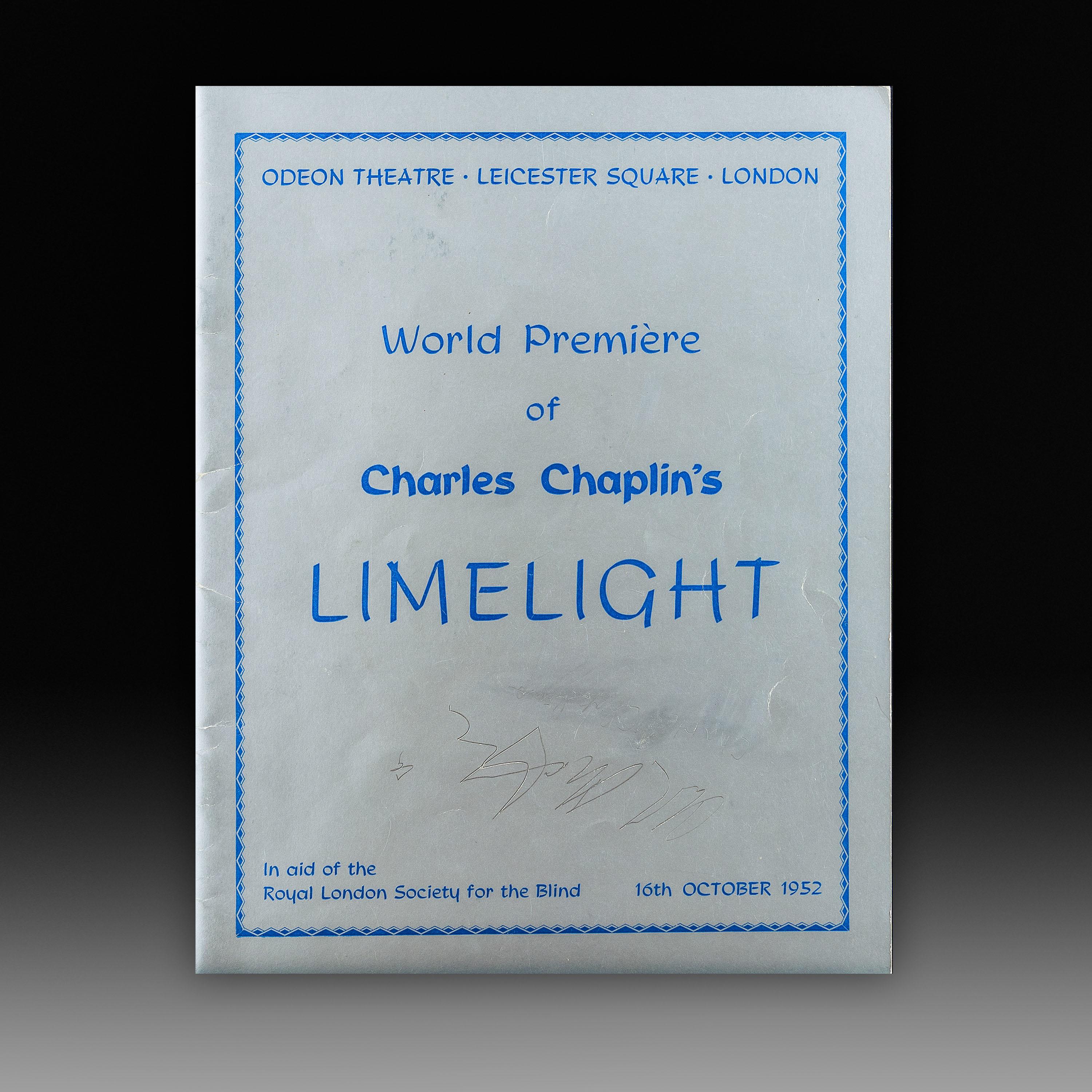 Chaplin's masterpiece, "Limelight" (1952), is considered to be his most autobiographical and personal work. Side-stepping his beloved "Tramp" characte...
$1,955.17
View details