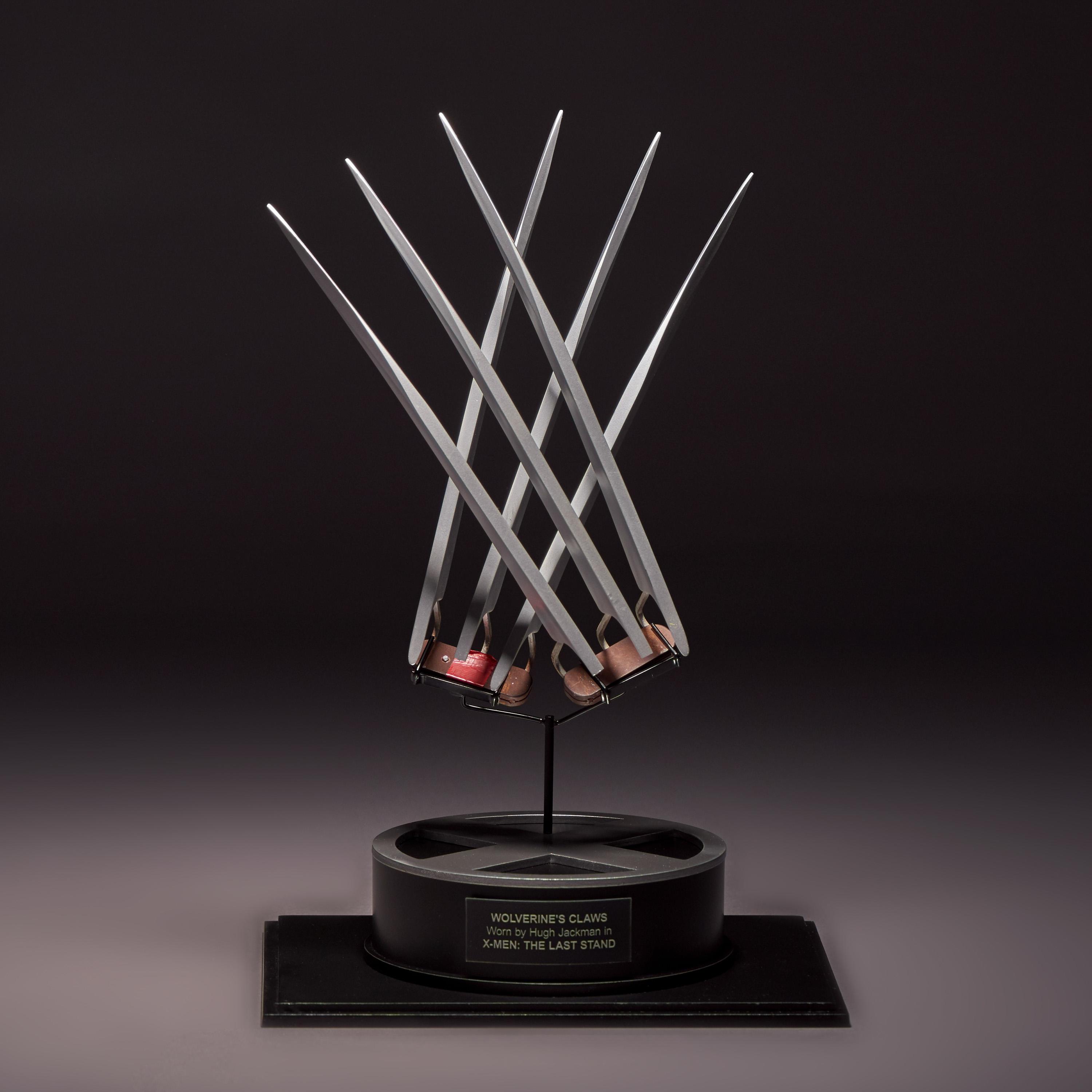 A highly collectable pair of ‘adamantium’ claws with a production-level finish. They were worn by Hugh Jackman, as Wolverine, in the 2006 blockbuster, ‘X-Men: The Last Stand’.

The claws were designed and crafted by master artisan, James Gawley, also known as ‘Jimmy Claws’. They consist of tapered resin blades and an angled metal grip, which is designed to fit between the actor’s knuckles and thus create the optical illusion that the claws are actually protruding through the skin. The effect is incredibly realistic even at close quarters.

Released on May 25th, 2006, and directed by Brett Ratner (Rush Hour), ‘X-Men: The Last Stand’ was loosely based on two X-Men comic book story arcs known as “The Dark Phoenix Saga”. The movie grossed $459,300,000 at the worldwide box-office and also broke the U.S. Memorial Day theatrical revenue record with a $102,750,665 gross during its initial run over the four-day holiday weekend. Wolverine, claws drawn, was featured solo on a moody and evocative quad poster for the theatrical release campaign, which is highly regarded by fans and memorabilia collectors.

This set of iconic claws comes in a bespoke museum quality presentation case complete with a matt-black circular podium stand embellished with the world-famous X-Motif logo. The claws are in very good screen-used condition with only minor wear to the knuckles - a condition caused by a studio recall for reshoots. The claws, purchased from Christie's in 2015, come with a delivery receipt from 20th Century Fox, dated May 11th, 2006, and a letter concerning provenance. 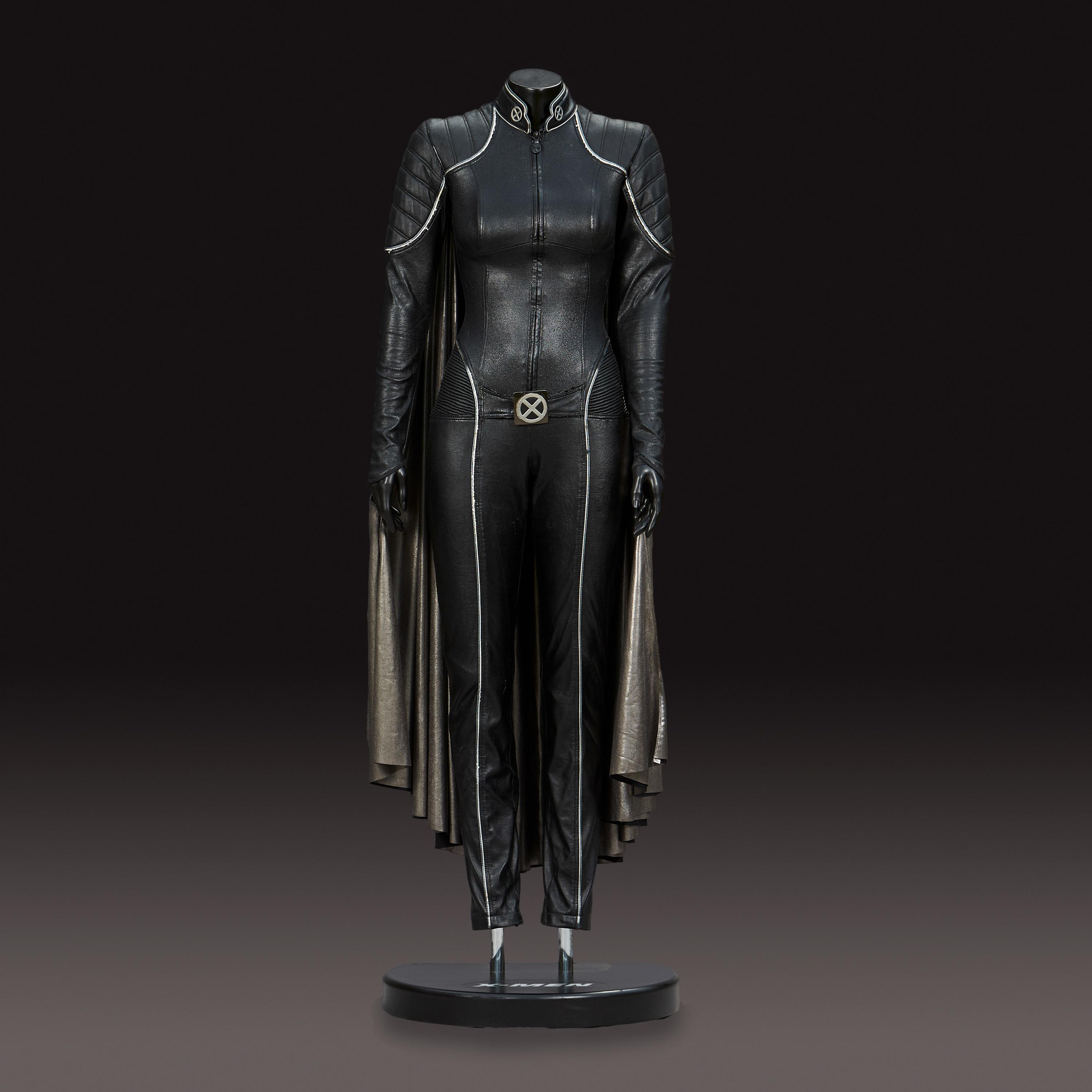 An actual signature outfit worn by Halle Berry in her debut as ‘Storm’ in Bryan Singer’s fantasy blockbuster, X-Men (2000). It is most prominently see...
$30,135.00
View details
RESERVED 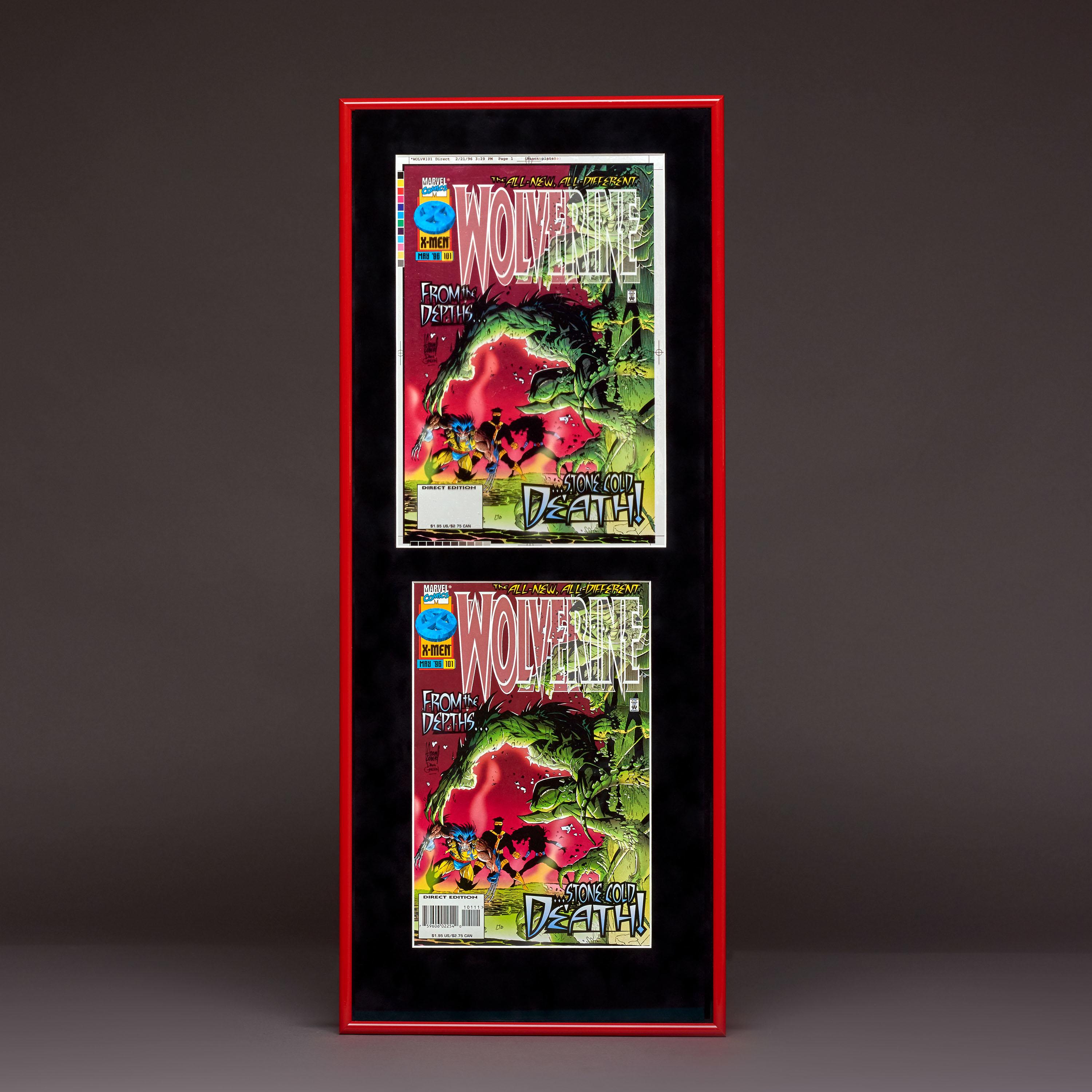 One in a series of 8 striking and unique handcrafted display concepts, showcasing very rare comic-book print separations and the comics to which they ...
$351.58
View details