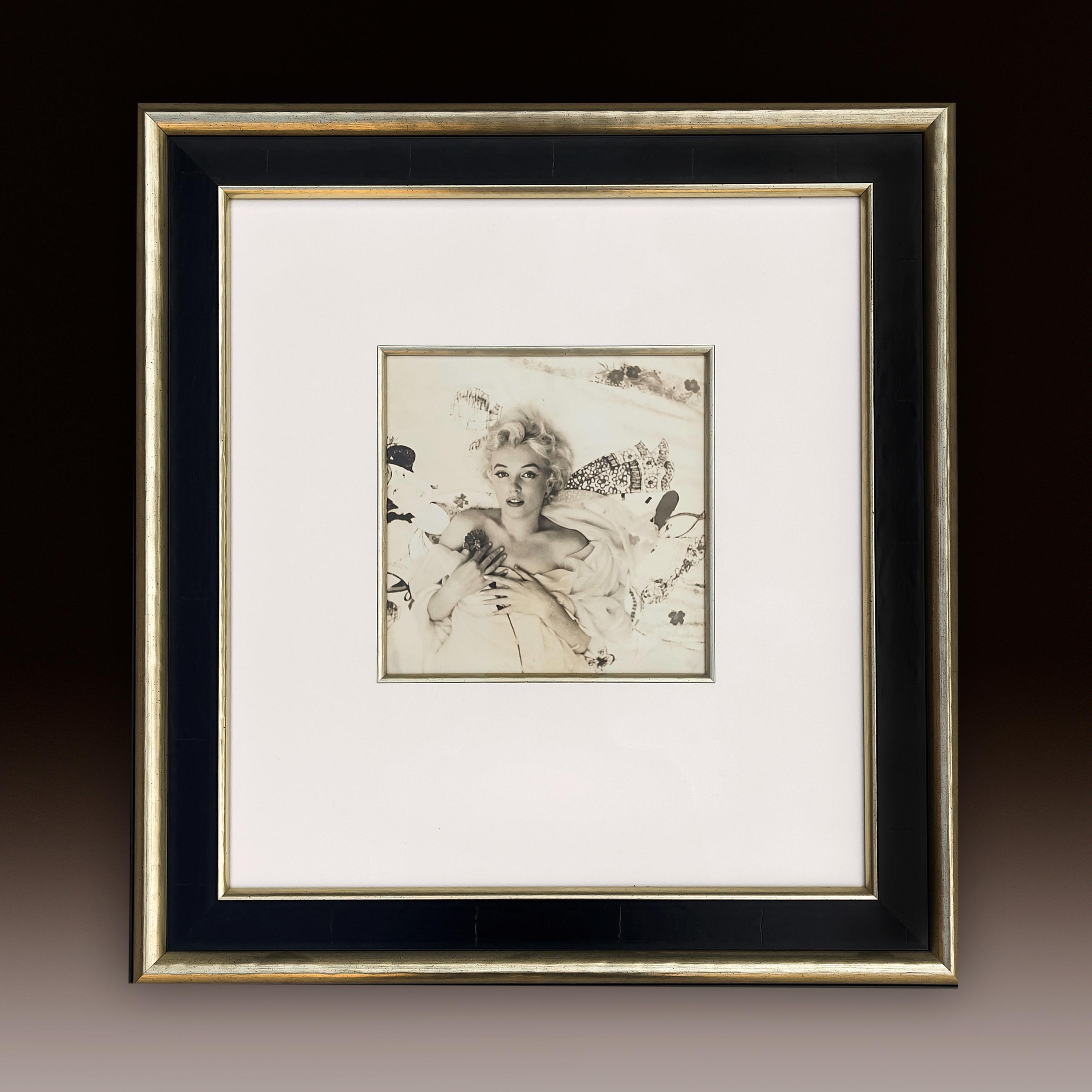 A stunning black and white vintage photograph of Marilyn in a white gown clutching a rose to her chest. This timeless image was shot by famed photographer, Cecil Beaton, in 1956, at New York's Ambassador Hotel. It was the artist's only photoshoot with Marilyn, and the star once commented to her 'Bus Stop' director, Joshua Logan, that this exact frame was her favourite image of herself.

Despite campaigning for three months to put the photoshoot together, Marilyn turned up ninety minutes late on the day of the shoot! Beaton soon forgave Miss Monroe's tardiness, and he adored the work they created together. He later commented: "The real marvel lies in the paradox – somehow we know that this extraordinary performance is pure charade, a little girl’s caricature of Mae West… There is an unworldly, a winsome naiveté about the child’s eyes that, quick as a flash, will screw up into a pair of sexy, smouldering slits and give you a synthetic ‘come-hither’ look."

Cecil Beaton (14 January 1904 – 18 January 1980) was a British fashion, portrait and war photographer.  He worked as a staff photographer for Vogue and Vanity Fair and also specialised in photographing society figures and Hollywood stars. Famously, he was a favourite photographer of the British Royal Family and crafted the famous photograph of Princess Margaret in a cream Dior dress for her 21st birthday in 1951. This evocative image would become one of the most iconic royal portraits of the 20th Century. In addition to Marilyn Monroe, Beaton's famous celebrity subjects include Greta Garbo, Audrey Hepburn, Elizabeth Taylor and Julie Andrews

Provenance: From The Lost Archive of Marilyn Monroe. This item comes with a Certificate of Authenticity.