Marilyn with top hat and cane - A Studio Publicity Shot 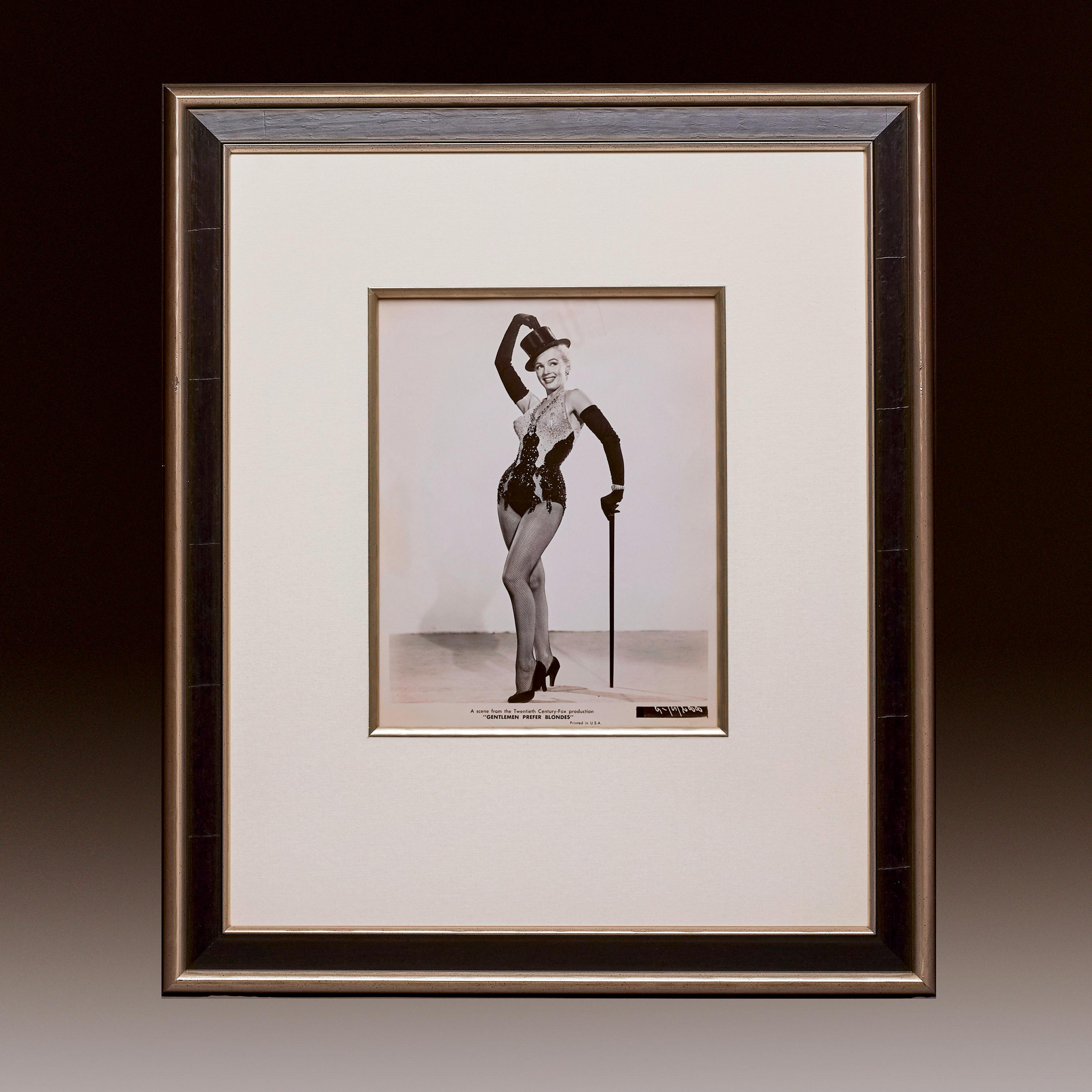 Gentlemen Prefer Blondes is a quintessential musical comedy, based on the popular 1949 stage musical (from the 1925 novel by Anita Loos). It is universally credited as the movie that launched Marilyn Monroe's career as a bona-fide movie star. Released in 1953 and directed by iconic filmmaker, Howard Hawks, the movie gained rave reviews due to the impeccable talents of its two leading ladies, Jane Russell and Marilyn Monroe.

Marilyn's playful, breathy rendition of the song "Diamonds are a girl's best friend", whilst adorned in a form-fitting pink satin dress by iconic designer, Travilla, would go down in movie history as one of the most memorable performances of all time. Madonna, Kylie, Nicole Kidman and Christine Aguilera have all paid tribute to the star's show-stopping performance.

"That indelible picture of Monroe — at the very height of her allure as a "sex goddess" and in full mastery of her superb comedic talents — has been celebrated and parodied by lesser stars so many times in the years since that, by now, millions of people who have never seen the movie still, nevertheless, recognise the reference (Time Magazine).

PROVENANCE: From the lost archive of Marilyn Monroe

Marilyn with top hat and cane - A Studio Publicity Shot