The Witch King's Dagger - The Lord of the Rings 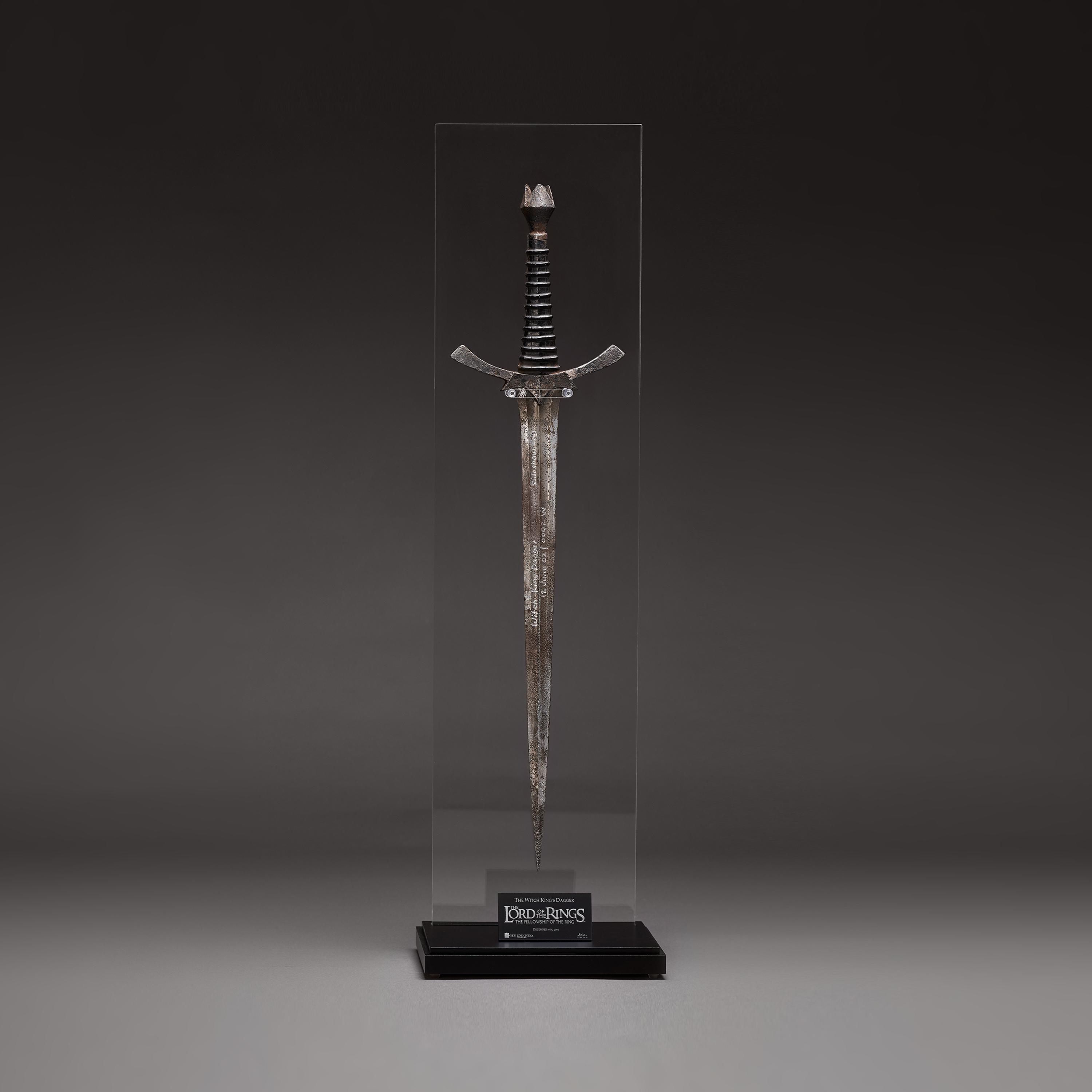 This is the dreaded Witch King’s Dagger from director Peter Jackson’s highly acclaimed ‘The Lord of the Rings: The Fellowship of the Ring’, released on December 10th, 2001, and distributed by New Line Cinema.

The dagger, constructed by the world-famous Weta Workshop, features a jagged aluminium blade fixed to a ribbed resin handle and is embellished with a pointed cross-guard and spiked pommel. It has been expertly weathered in shades of silver and brown to emulate the appearance of rusted iron.

Memorably, the weapon appears in the scene in which Frodo and his beloved hobbits are ambushed by The Nazgul at Weathertop. In the ensuing battle, The Witch King poisons young Frodo by stabbing him with his cursed Morgul dagger.

This particular piece was gifted to executives at ‘Sideshow Toys’, the licensed distributor of official LOTR collectibles, during a set-visit in 2002. Director Peter Jackson allowed the executive team to choose mementoes from the set but stipulated that each selected item should be branded with a unique identifier code and corresponding note of ownership. This item has been branded: “Witch King Dagger 12 June 02 | 0002 W Sideshow Toy”, which verifies its origination and authenticity.

The article exhibits only minor wear due to production use but remains overall in very good condition and comes with a Certificate of Authenticity.

The Witch King's Dagger - The Lord of the Rings 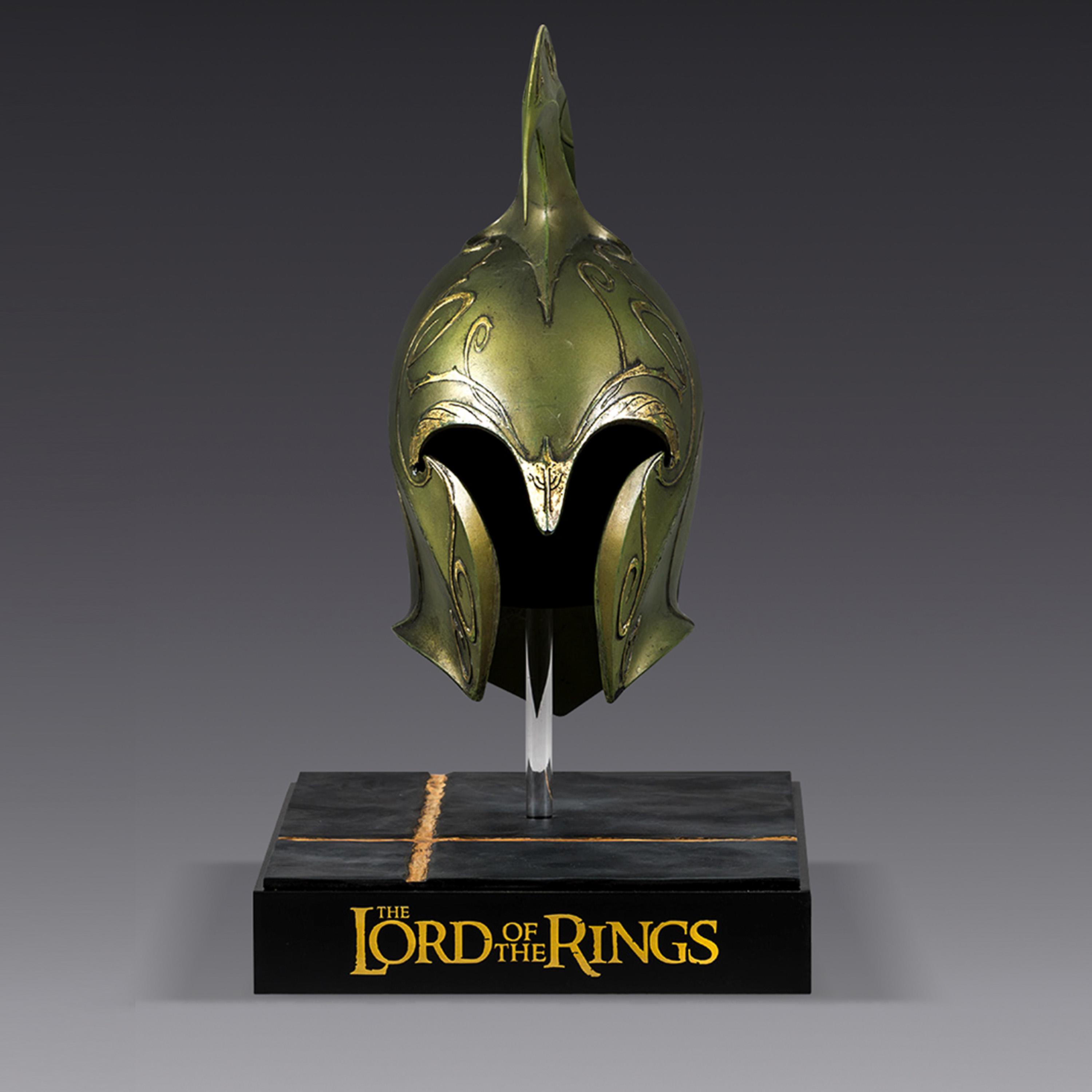 A High Elven screen-used helmet from ‘The Lord of the Rings: The Fellowship of the Ring’ made by Sacha Lees and Simon Lamason under the direction of S...
$14,314.13
View details
SOLDSOLD 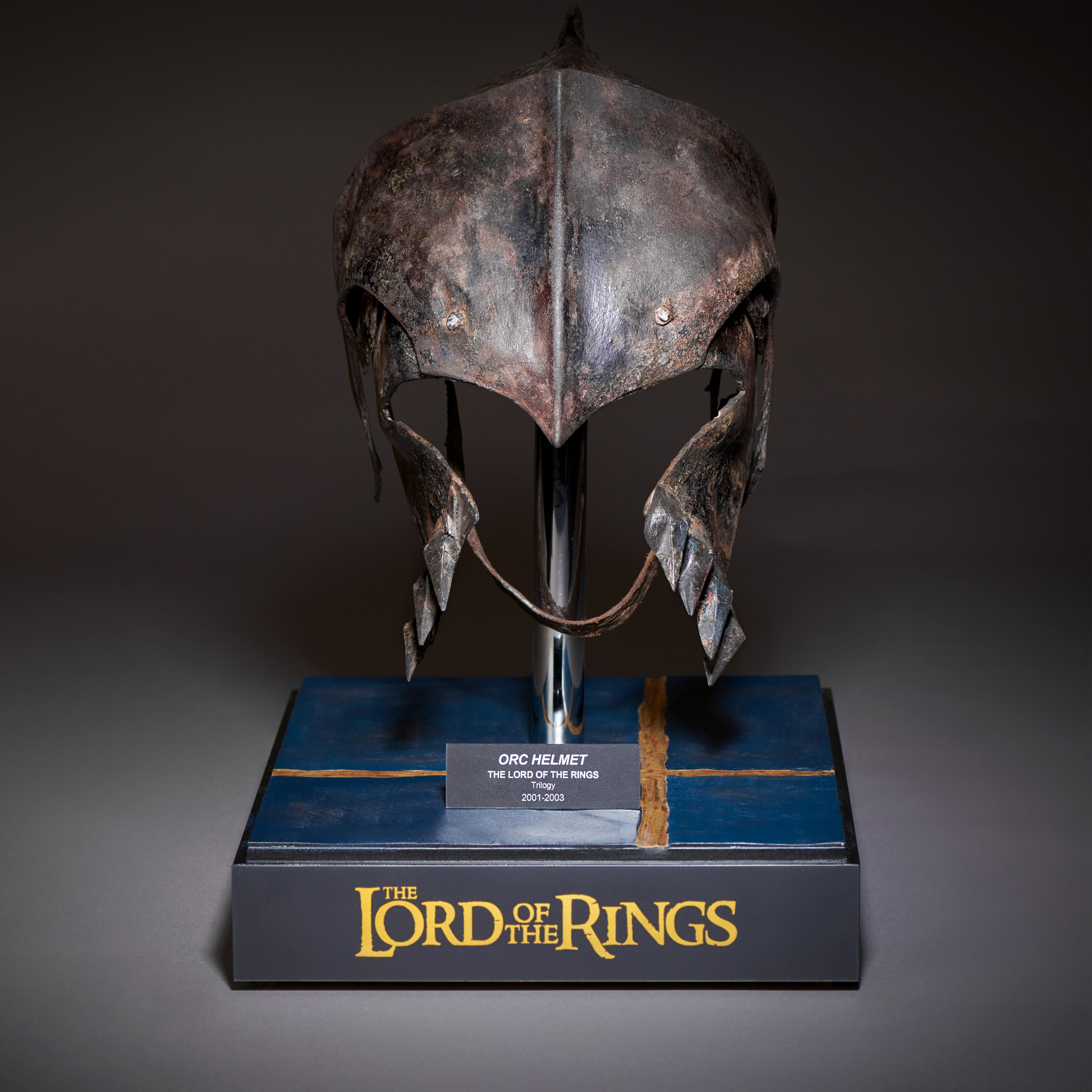 Lord of the Rings Orc Helmet

Lord of the Rings Orc Helmet

A genuine production-used Orc helmet from Peter Jackson’s The Lord of the Rings Trilogy.Memorably, The Orcs wore these helmets throughout the film ser...
$10,039.98
View details 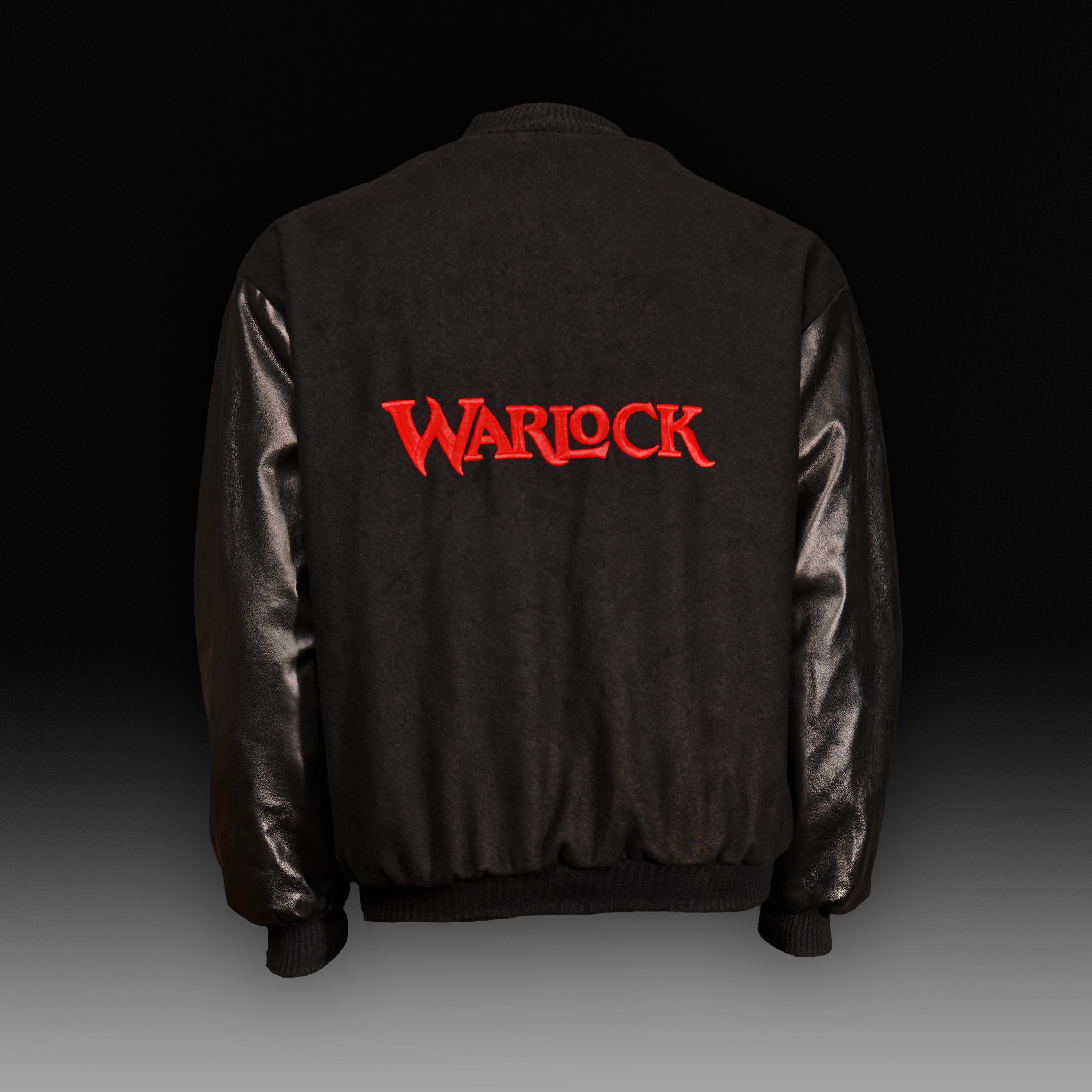