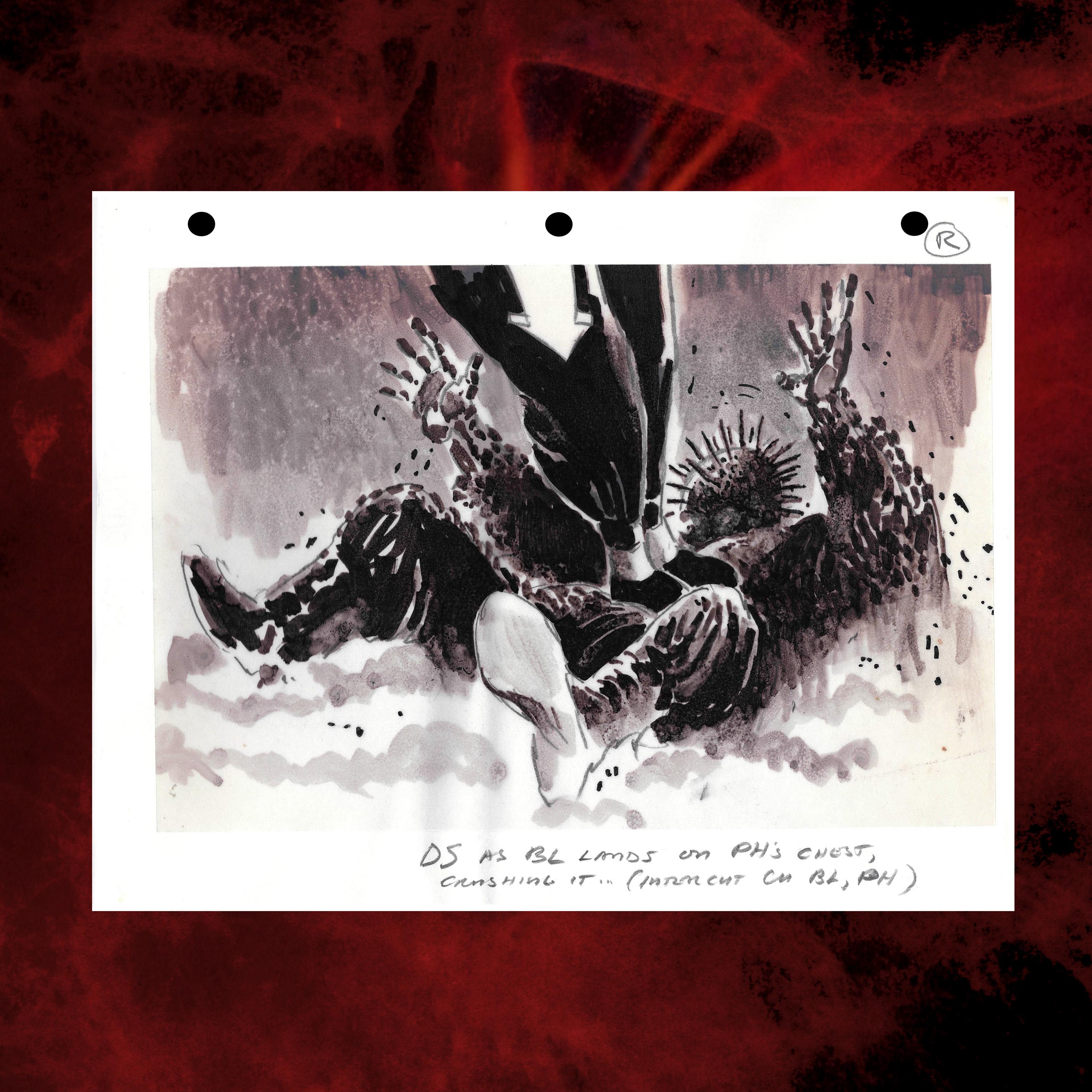 A duo of original concept art designs / storyboards from the production of the beloved biopic, 'Dragon: The Bruce Lee Story' (Universal Pictures, 1993), starring Jason Scott Lee and Lauren Holly and directed by ace-helmer, Rob Cohen ('The Fast and The Furious', 'Dragonheart').

Hand-painted by famed production artist, Nikita Katz (Batman Returns and Predator), these two beautifully articulated storyboards depict the character of Bruce Lee leaping into the air during the film's climactic fight sequence to crush the chest of his demonic nemesis - a fearsome allegorical character representing the concept of fear. Both storyboards have been rendered in mixed media. The sequence of Bruce in mid-air is a superb glossy original concept-drawing mounted on 8 x 11" bond paper. The sequence of Bruce landing on his opponent's chest is a wonderfully detailed matt drawing bonded to the same paper-stock. Both storyboards include production-notes detailing the intended shot-sequence, as follows: "Sharp Up Angle. BL comes down for the "chest crusher" and "DS as BL lands on PH's chest, crushing it..." The first storyboard is identified by the letter 'Q' in the top right corner and the second by the letter 'R' in the same position. Both feature the original punch holes from the art-department compilation-deck.

The storyboards remain in very good 'production-used' condition, with only minor handling-wear, and are perfect for framing...