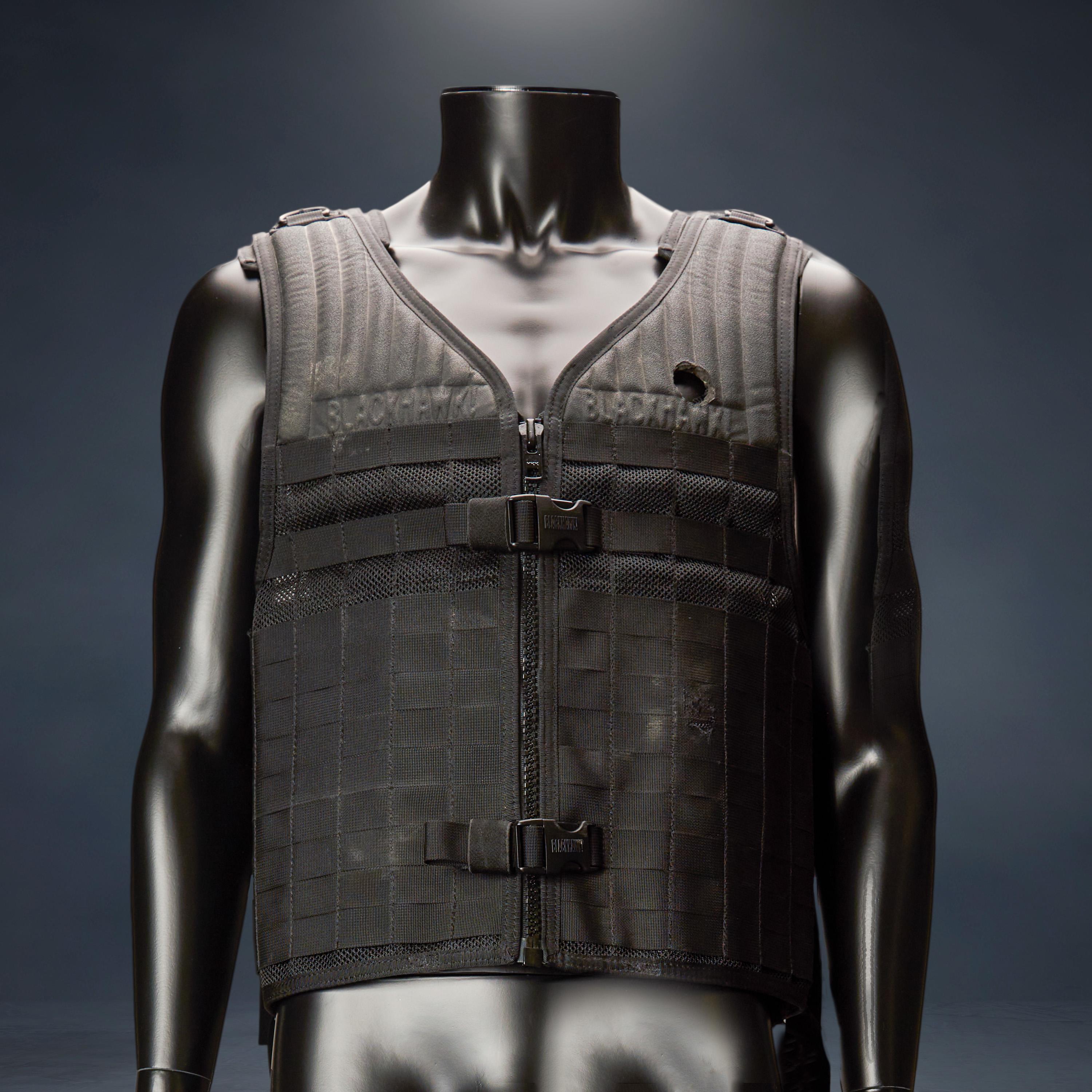 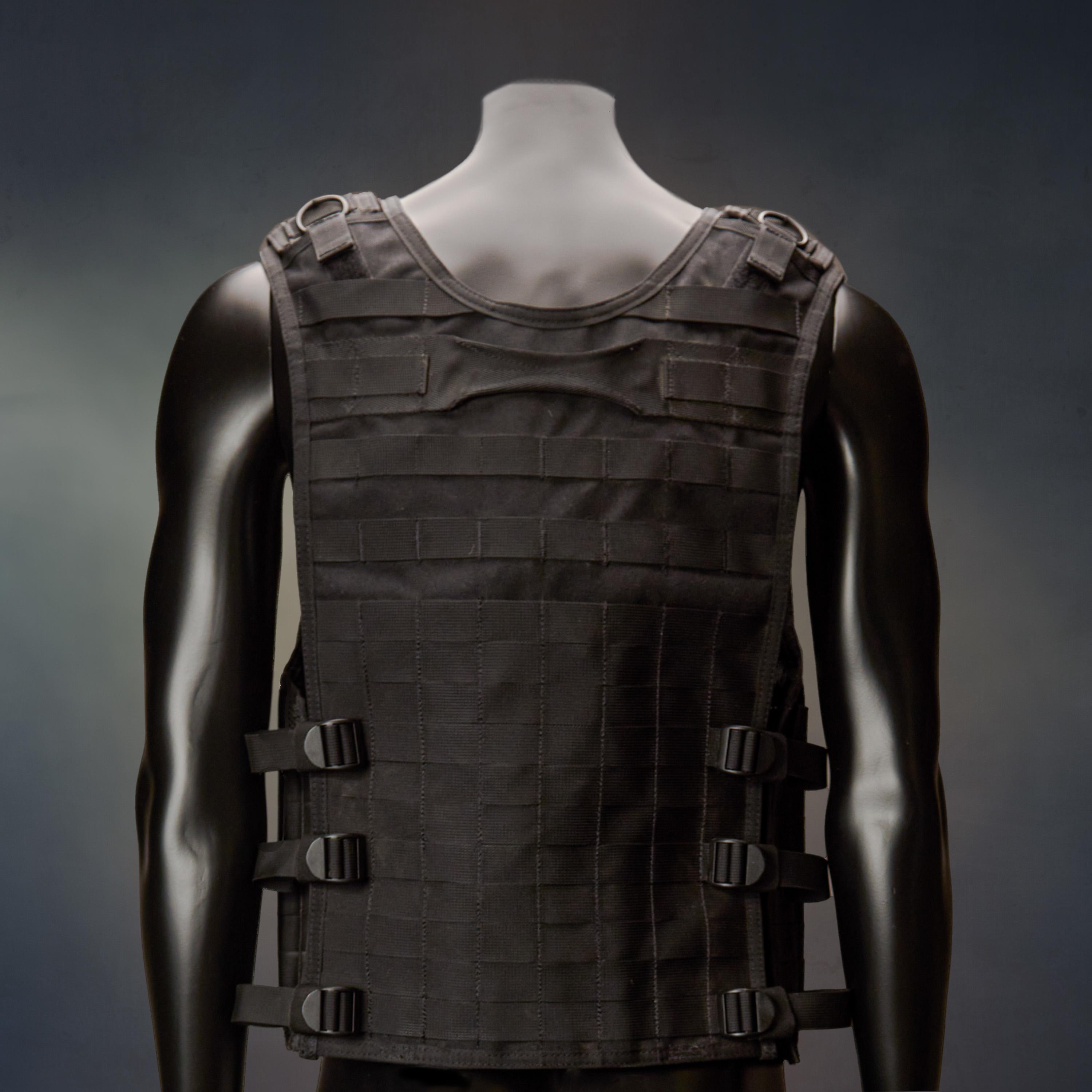 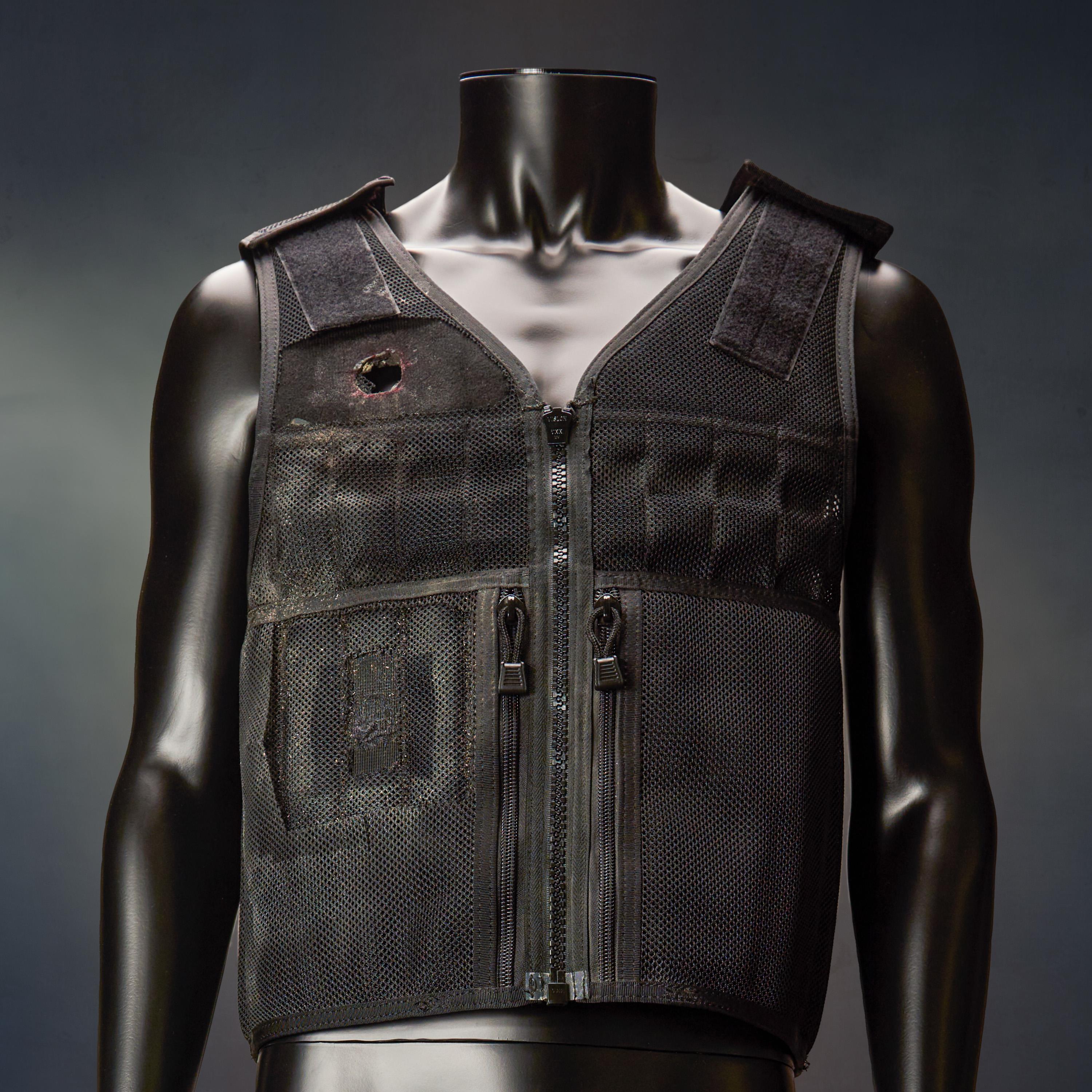 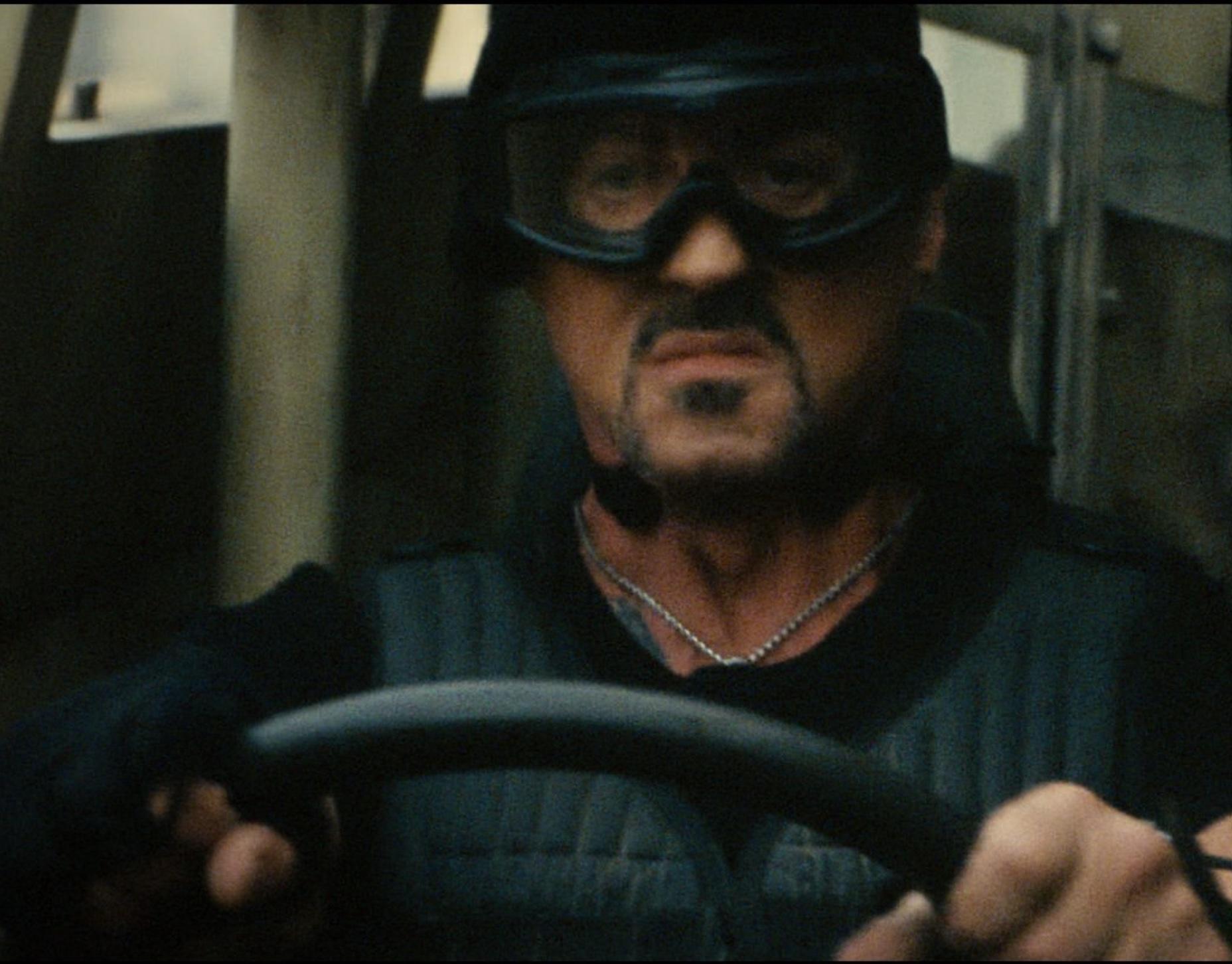 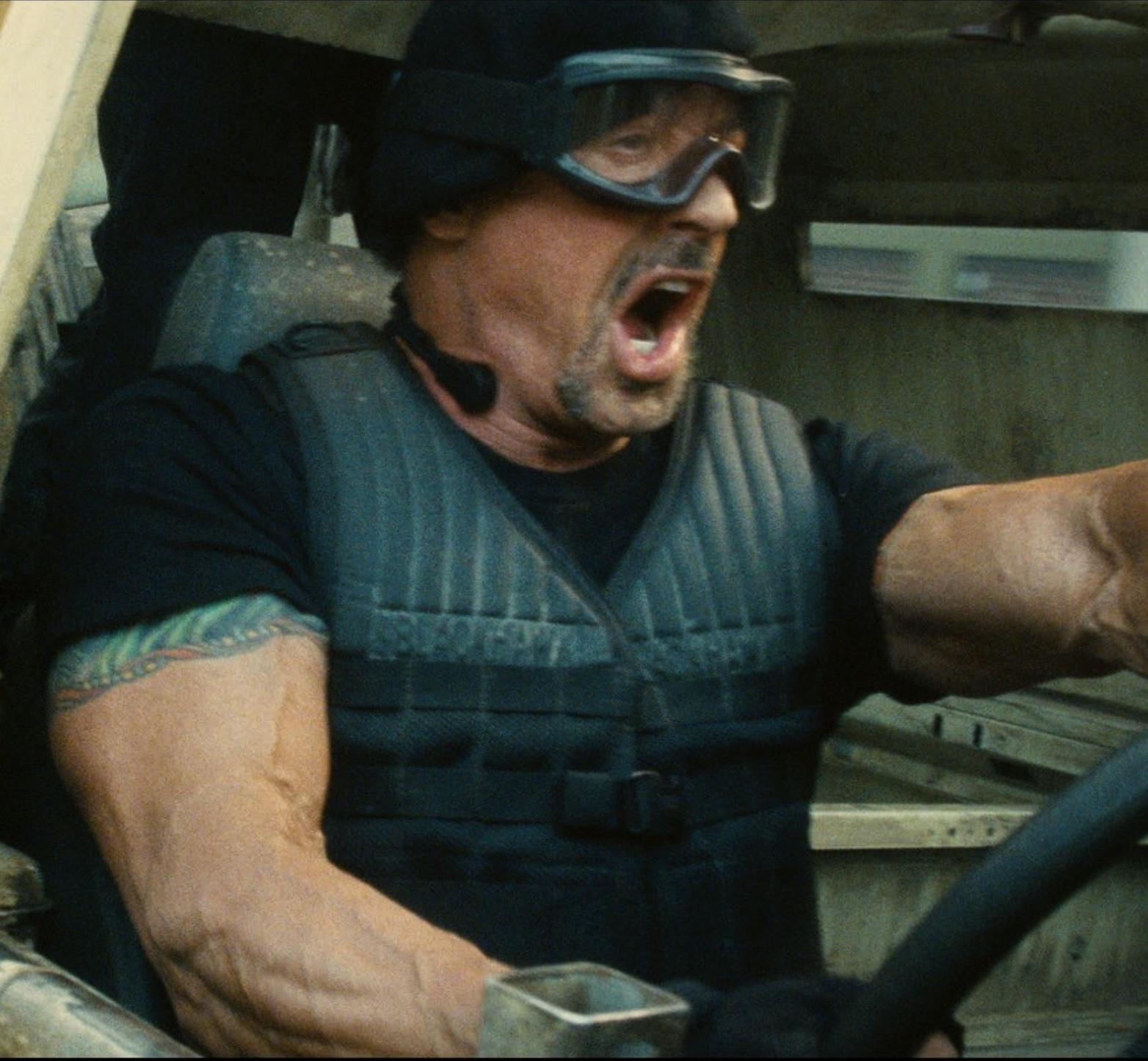 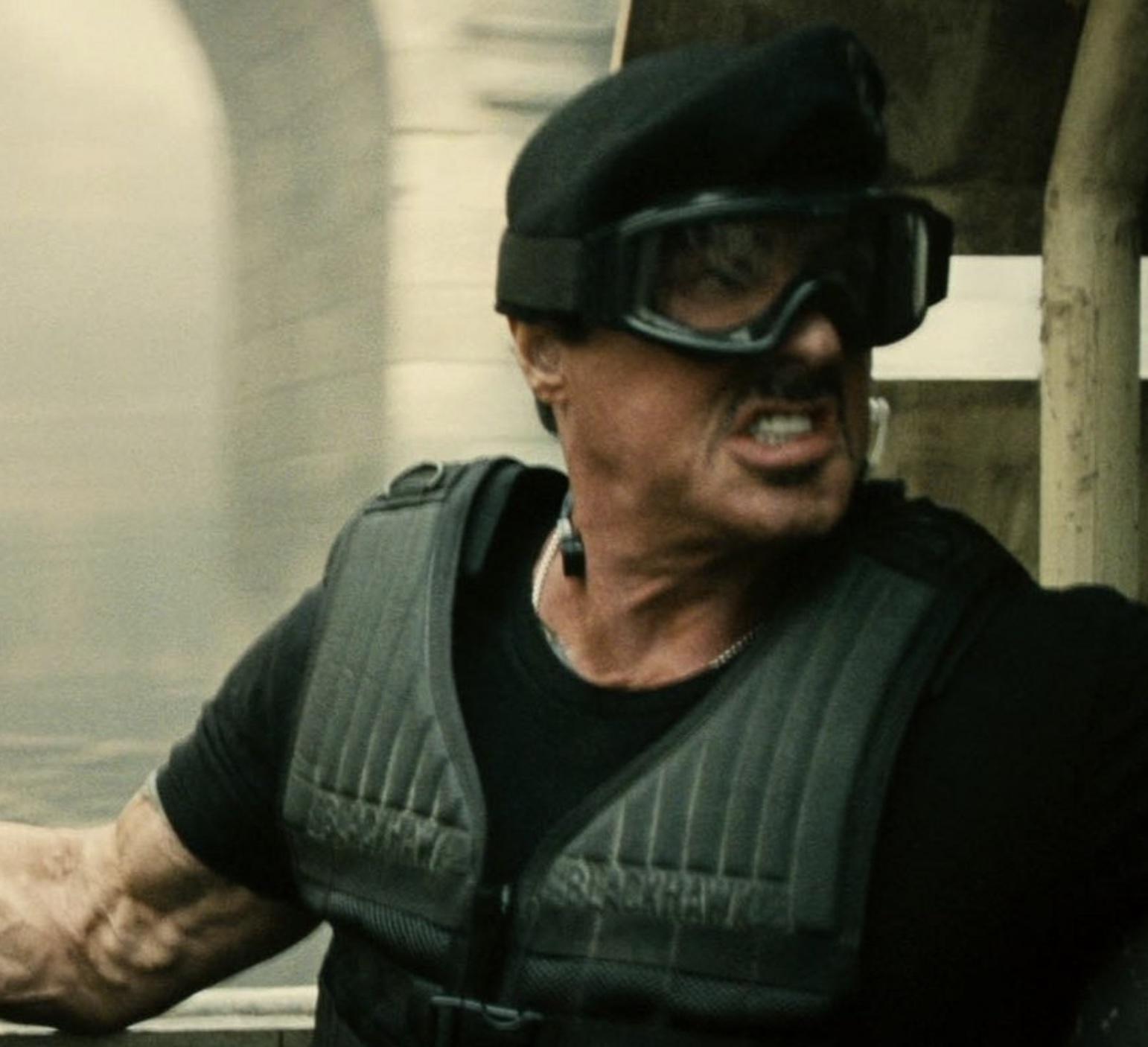 Barney Ross's tactical vest from Simon West's action sequel, 'The Expendables 2'. Ross, played by action-icon Sylvester Stallone, wore the vest during the daring rescue of the billionaire in Nepal.

This black polyester mesh zip-up vest was rigged with a squib for the sequence where Ross was shot in the chest. The simulated 'bullet hole' is visible in the upper-left area of the chest. Clear evidence of the production squib discharge is also visible on the corresponding inner portion of the vest.

On the lower left side of the vest - the area that would cover the abdomen - the nylon material has been pre-scored to facilitate material discharge and 'blow-through' for a second squib. Evidence of preparation for the installation of that squib is also visible. The vest has been dressed throughout with production-made wear and dirt.

A pair of faux leather trousers, which were part of the classic distressed black leather motorcycle costume worn by Arnold Schwarzenegger in 'Terminat...
$7,621.88
View details

Quick viewAdd to wishlist
IN AUCTION