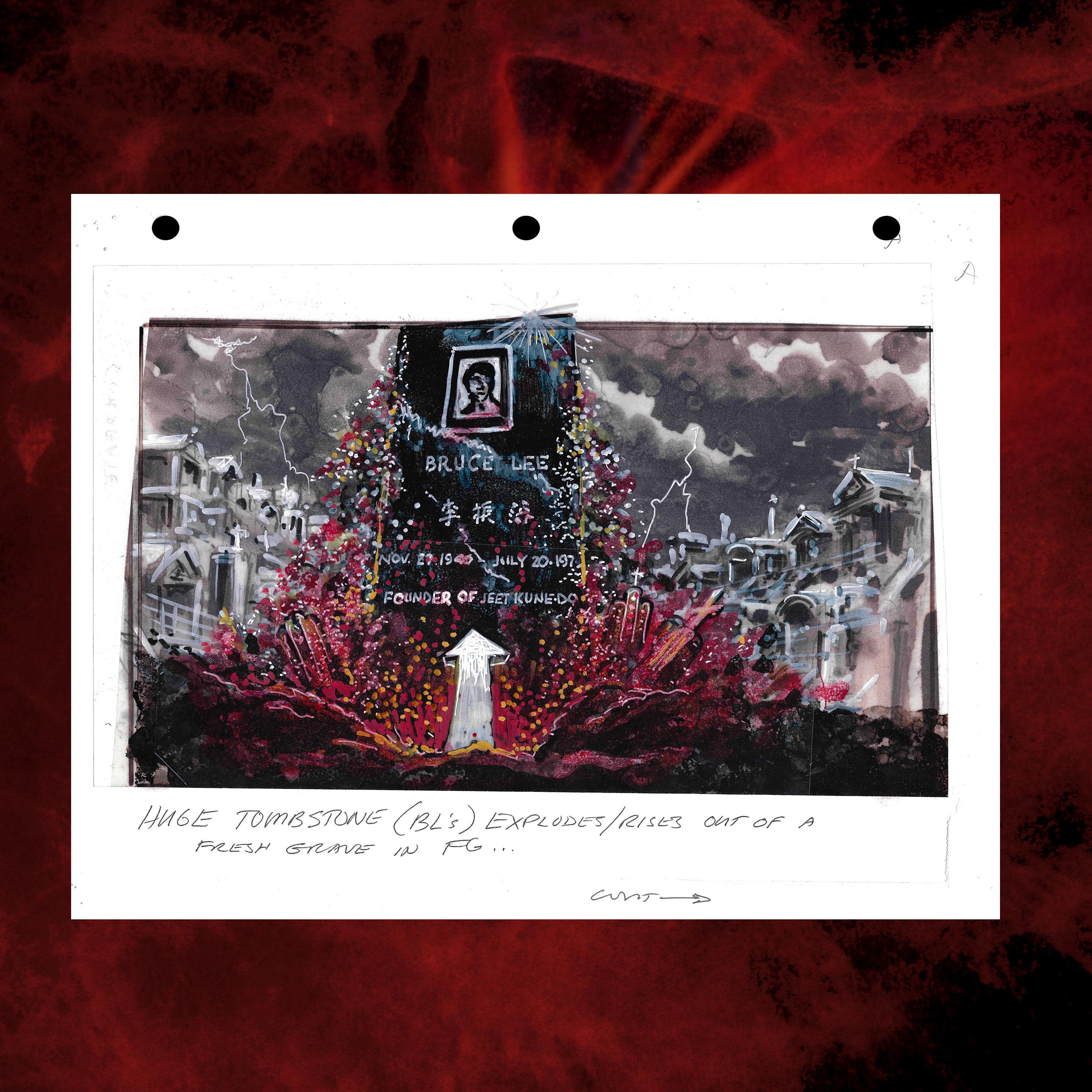 A wonderful piece, very well packed, and superfast delivery. A  great item and an A+ seller,  highly recommended. 

Hand-painted by famed production artist, Nikita Knatz (Batman Returns and Predator), this dynamically articulated artwork shows a gravestone with Bruce Lee's  name and details exploding from the ground during the film's climactic fight sequence with his demonic nemesis - a fearsome allegorical character representing the concept of fear. It has been rendered in mixed media (a superb matt original concept-drawing mounted on 8 x 11" bond paper) and includes the following production notes along the lower edge of the frame: 'Huge Tombstone (BL's) explodes / rises out of a fresh grave in FG...'. The board is covered in a layer of acetate. An additional acetate layer acts as an overlay for the white or bright highlight elements, such as the white arrow, lightning strikes and Bruce Lee's name and gravestone details. The storyboard is identified by the letter 'A' in the top right corner and features the original punch holes from the art-department compilation-deck.

The conceptual sequence depicted in this storyboard was not actually included in the final film. Instead, the demon grabs Bruce by the hair and forces him to view his own tombstone featuring the foreboding date of July 20th, 1973,, which, of course, was the date of Bruce's actual passing. Consequently, this evocative storyboard collection provides a fascinating insight into the unseen development phase of this very popular film.

The storyboard remains in very good 'production-used condition, with only minor handling-wear, and is perfect for framing...

A wonderful piece, very well packed, and superfast delivery. A  great item and an A+ seller,  highly recommended.  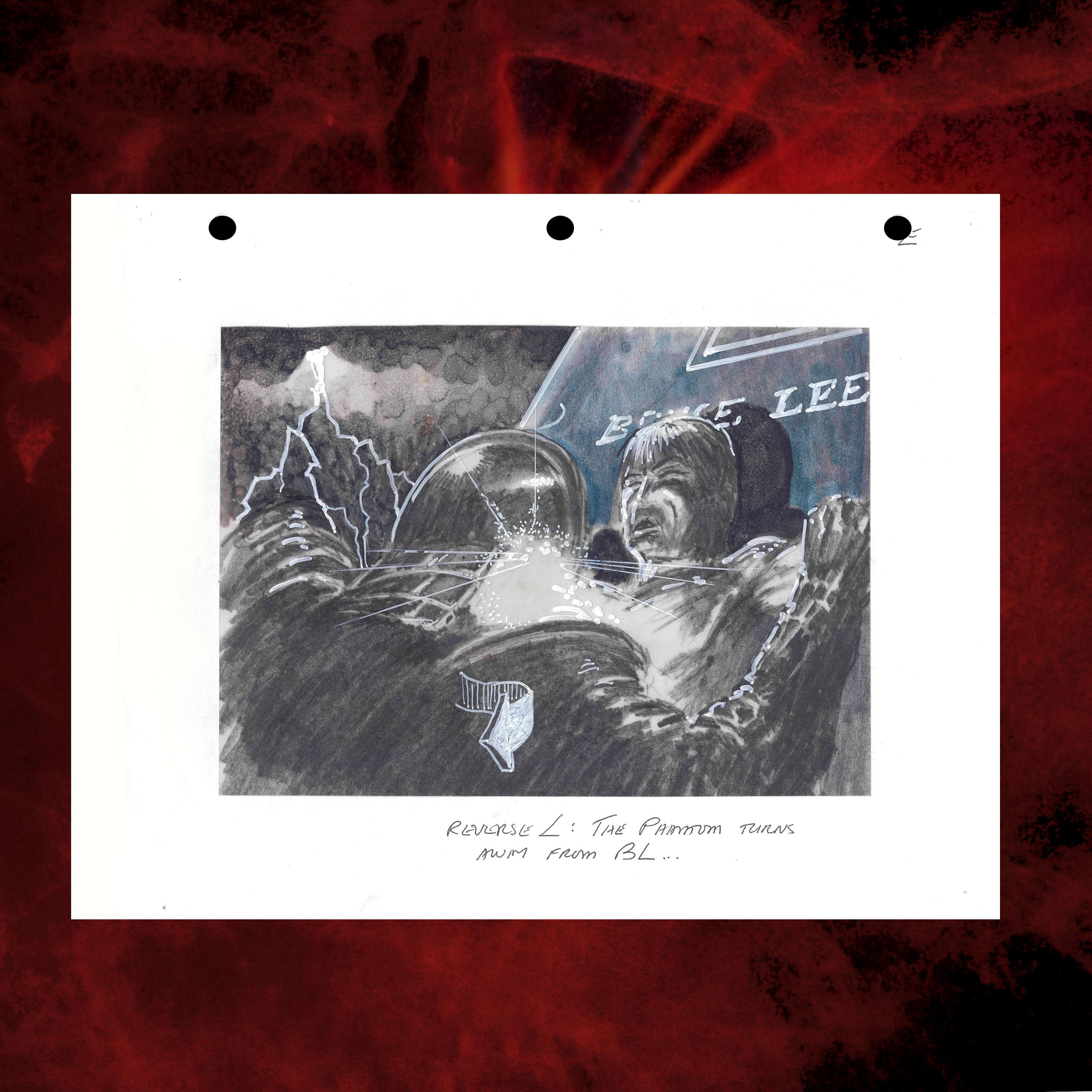