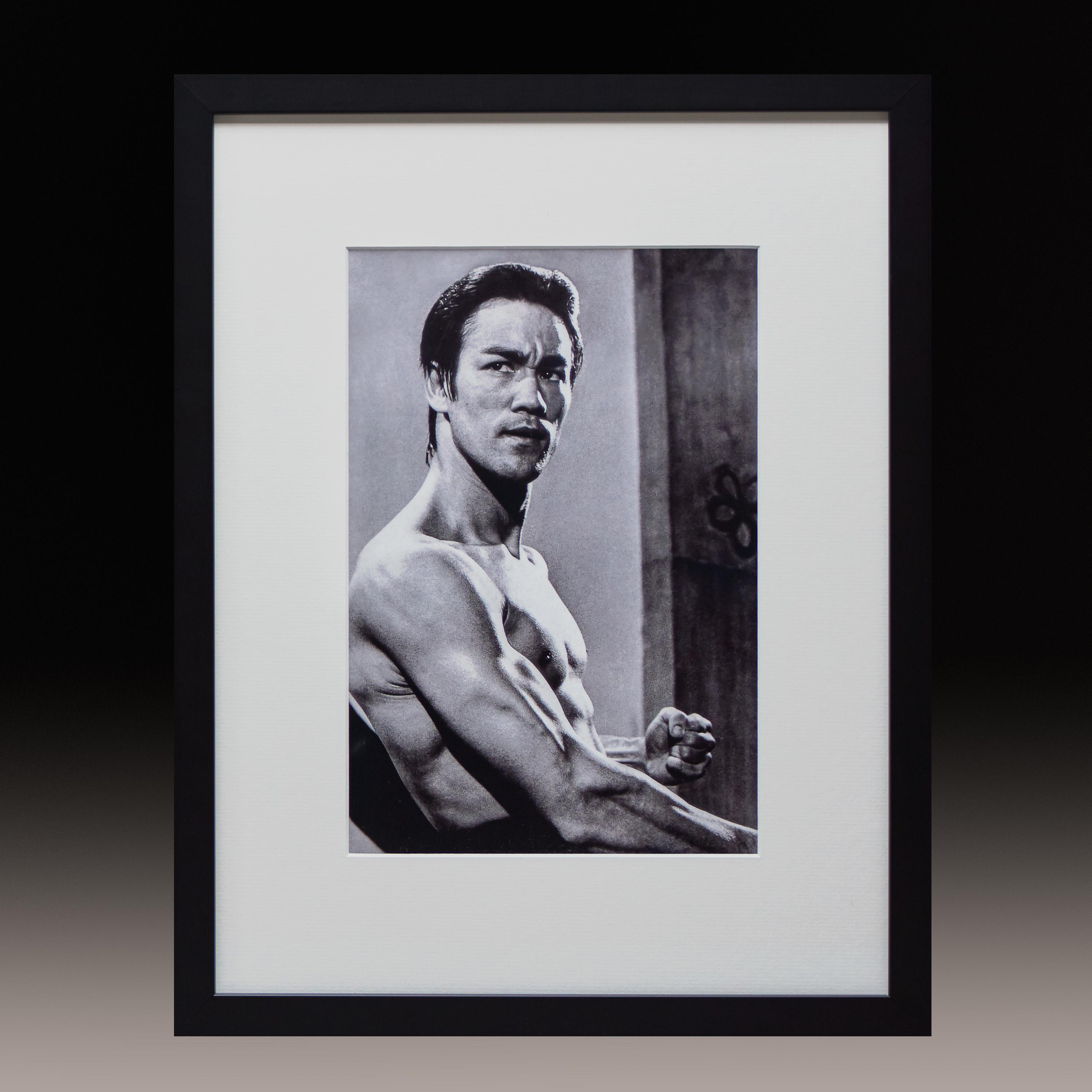 A stunning black and white exhibition print showcasing Bruce Lee's incredible physique from the publicity shoot for 'Fist of Fury'.

This timeless and indelible image has been printed on premium Kodak stock.

This stunning print was specially created for exhibition purposes. It is framed in matt-black wood and protected by Nielsen Bainbridge's True Colour glass - a special presentation grade that virtually eliminates all reflections of visible light making glass appear invisible.

Fist of Fury was the movie in which Bruce Lee refined the iconic signature style that would define the motion picture phase of his celebrated career.

This beautiful article would make a wonderful addition to the portfolio of any discerning collector of Bruce Lee memorabilia. 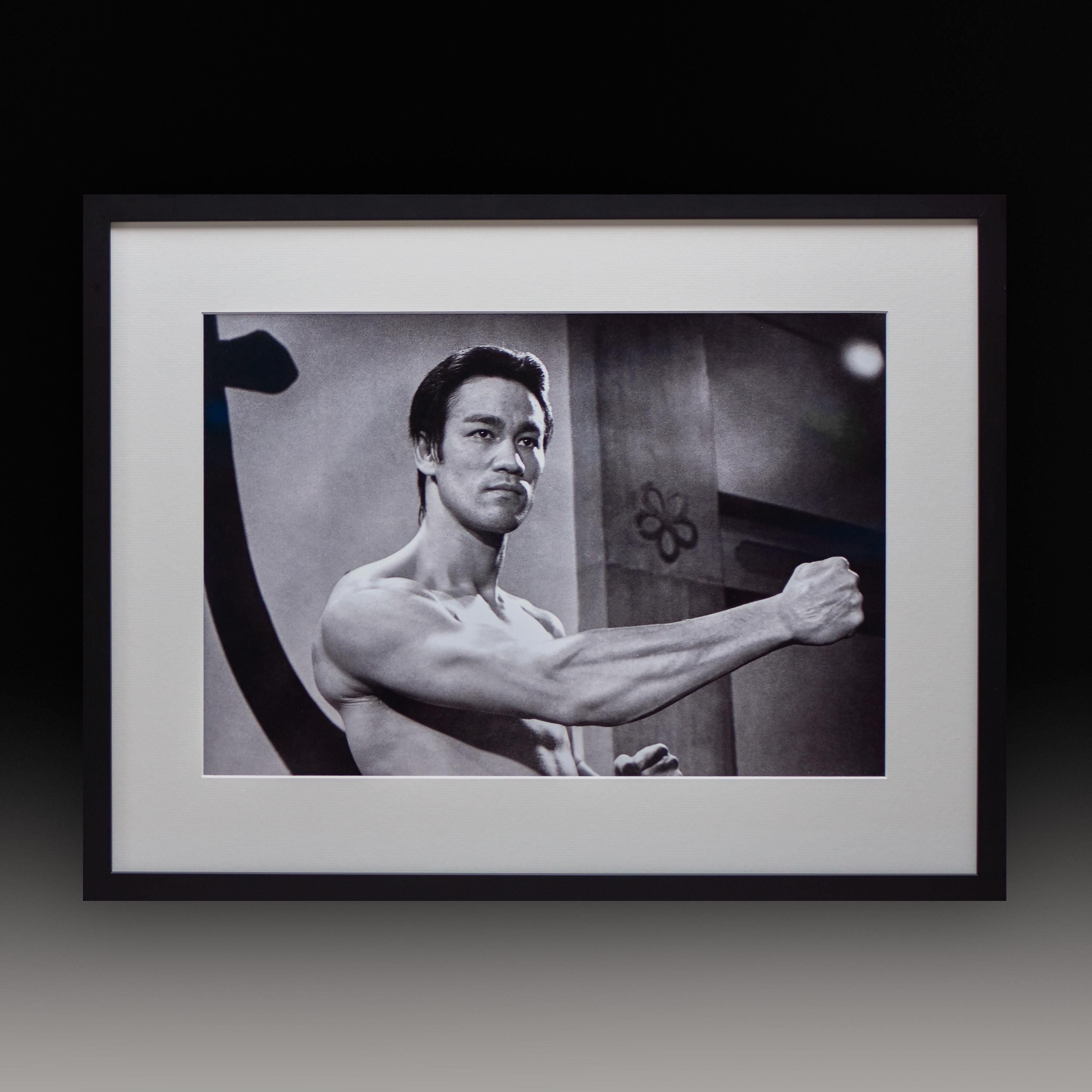 A stunning 20 x 14" exhibition print showcasing a dynamic fist pose from the publicity shoot for 'Fist of Fury'.This timeless and indelible image has ...
$281.04
View details 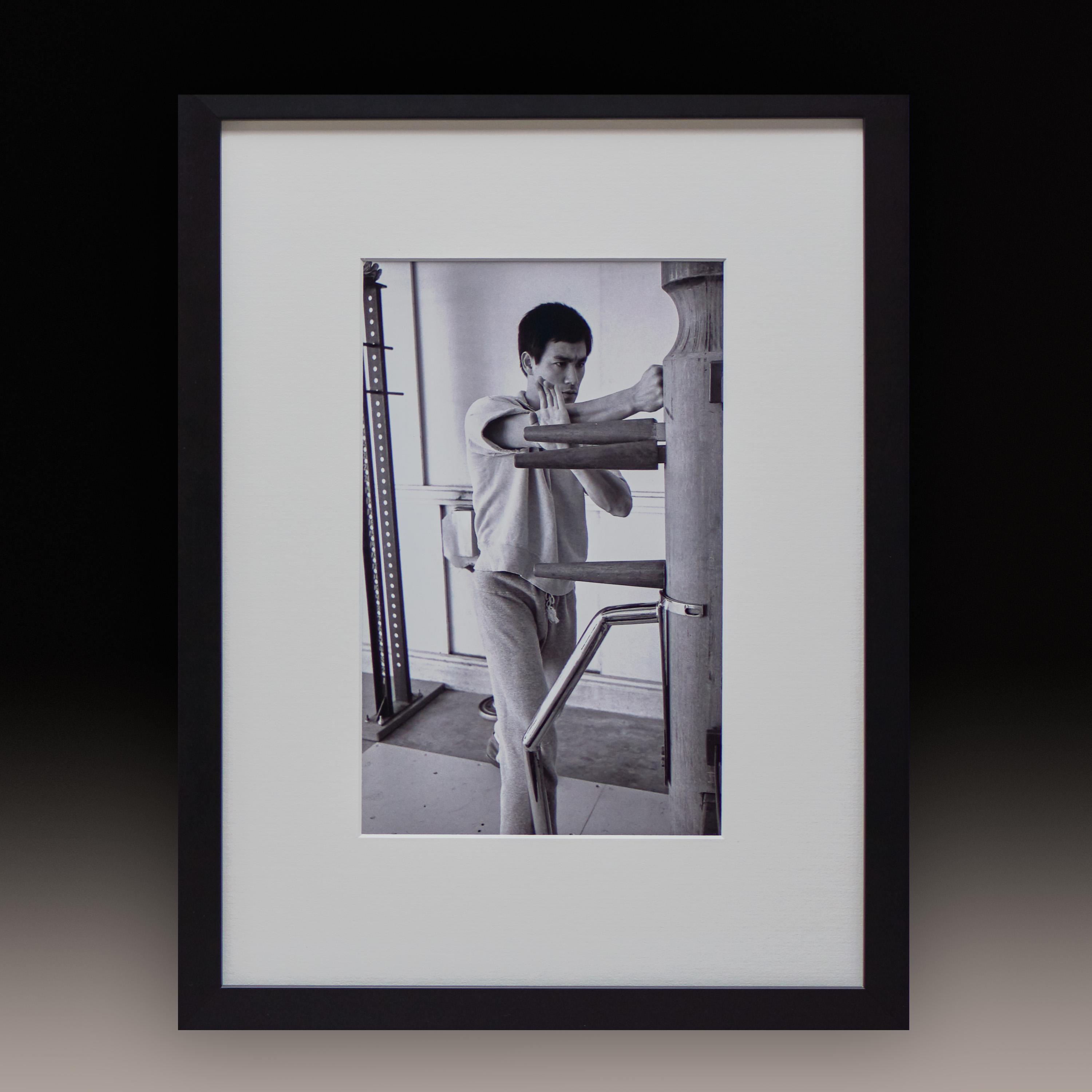 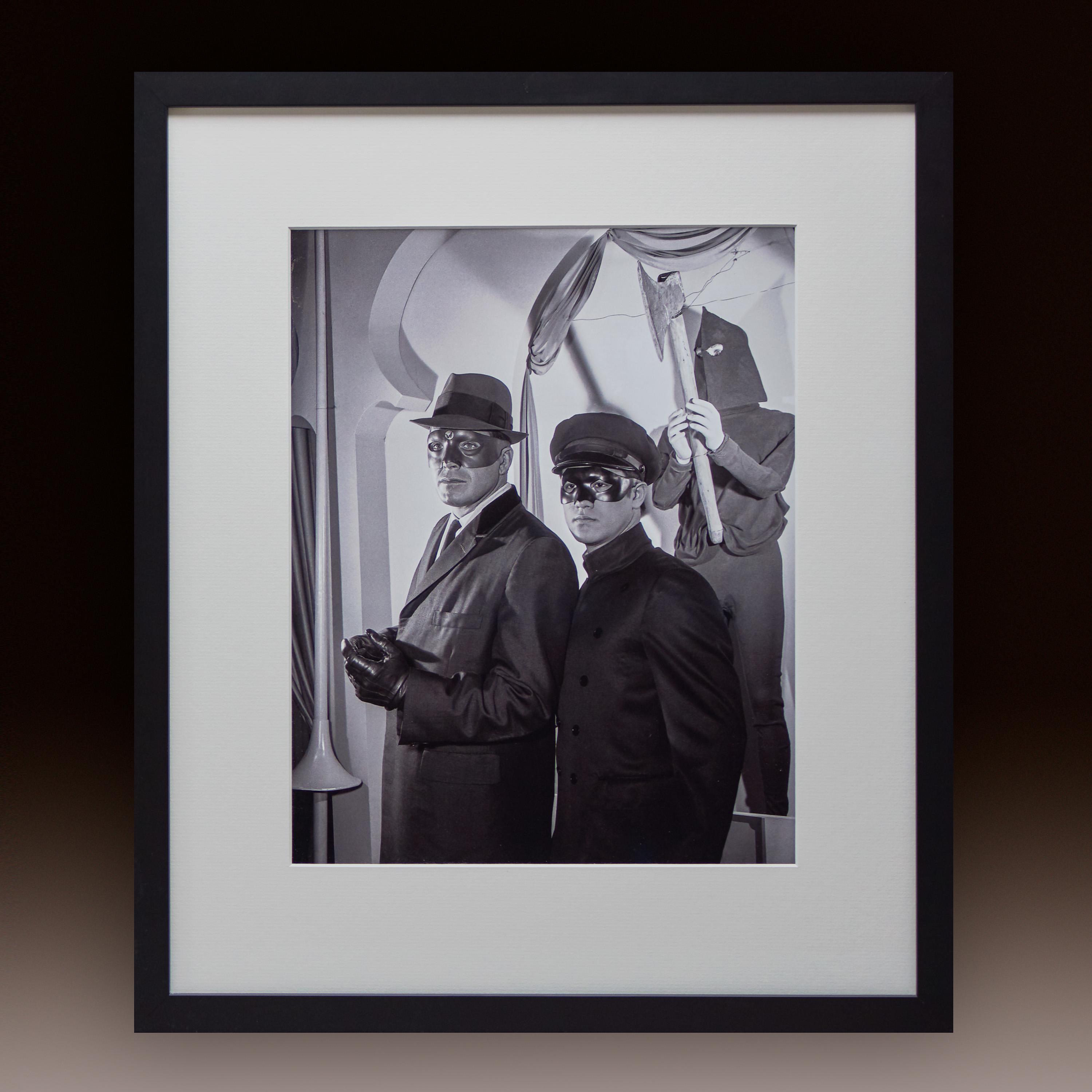 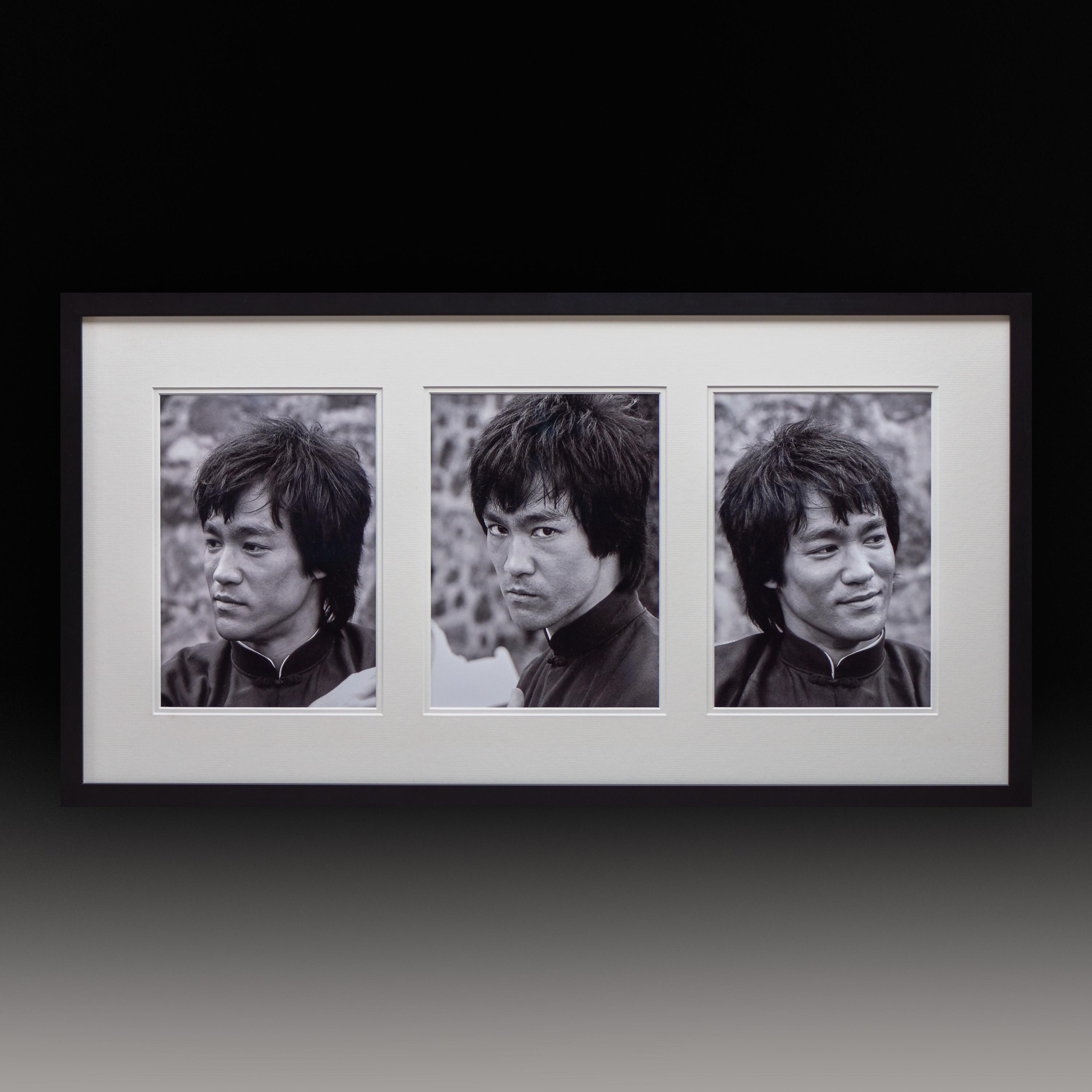 A stunning 17 x 32" triptych comprised of a trio of striking head-shots from the publicity shoot for 'Enter the Dragon'.Each of the images has been pr...
$319.14
View details

Be the first to know. Sign up for information on exclusive promos, free giveaways, product launches and special events…