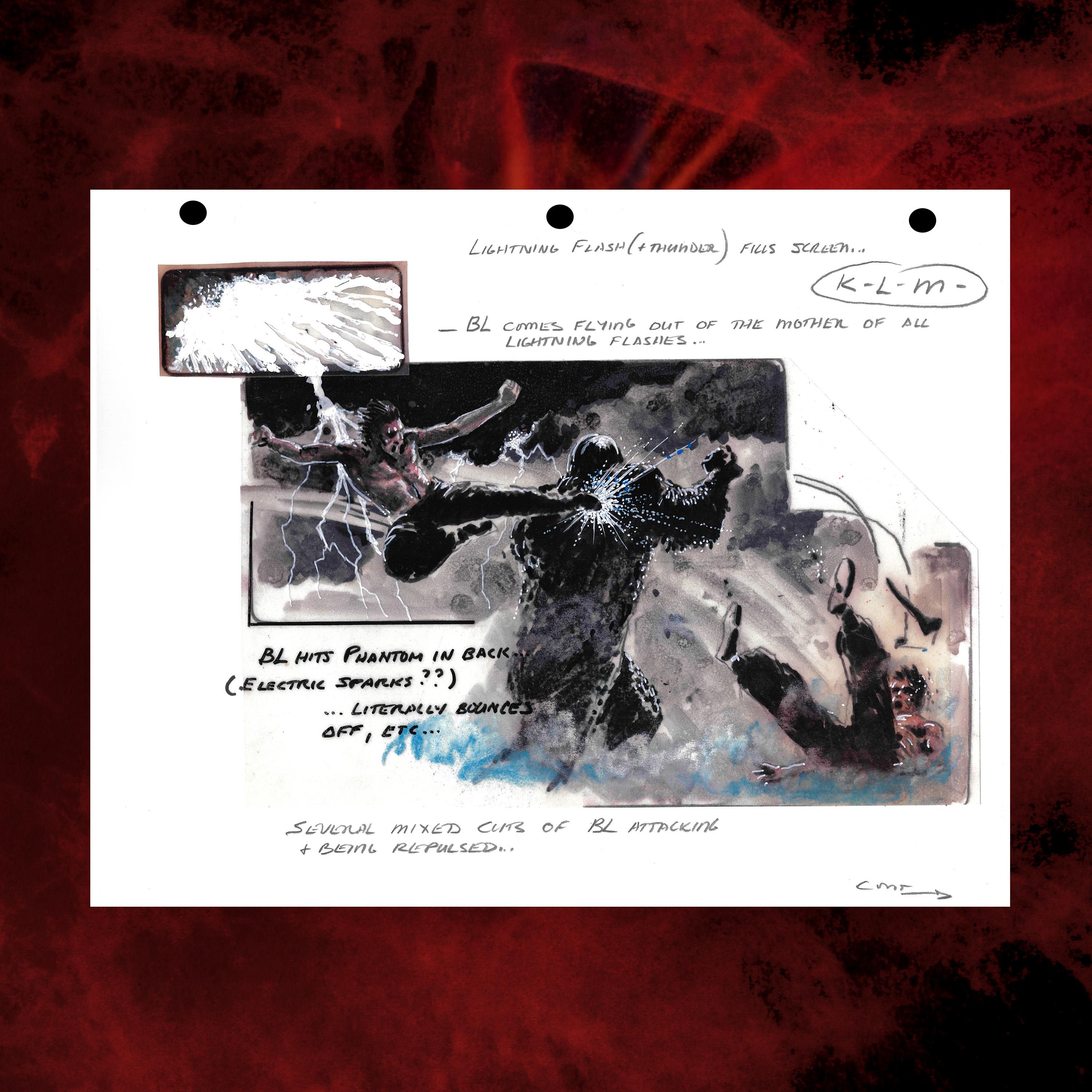 Hand-painted by famed production artist, Nikita Katz (Batman Returns and Predator), this beautifully articulated artwork depicts the character of Bruce Lee, launching his famous flying-sidekick, during the film's climactic fight sequence with his demonic nemesis - a fearsome allegorical character representing the concept of fear. It has been rendered in mixed media (two raised concept-drawings arranged as an action montage and mounted on 8 x 11" bond paper). This storyboard includes very detailed production notes, including: 'BL come flying out of the mother of all lightning flashes' and 'BL hits phantom in back (Electric sparks??)... Literally bounces off, etc...'. The storyboard is identified by the letters 'K-L-M' in the top right corner and features the original punch holes from the art-department compilation-deck.

This stunning example of original production-artwork by one of the industry's most respected and prolific storyboard artists would make a wonderful addition to any collection celebrating Bruce Lee, the world of iconic pop-culture cinema or the celebrated career of Nikita Katz (1940-2010).

The board remains in good 'production-used condition, with some mild creasing and tanning along the far right edge, and is perfect for framing...

Be the first to know. Sign up for information on exclusive promos, free giveaways, product launches and special events…